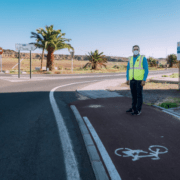 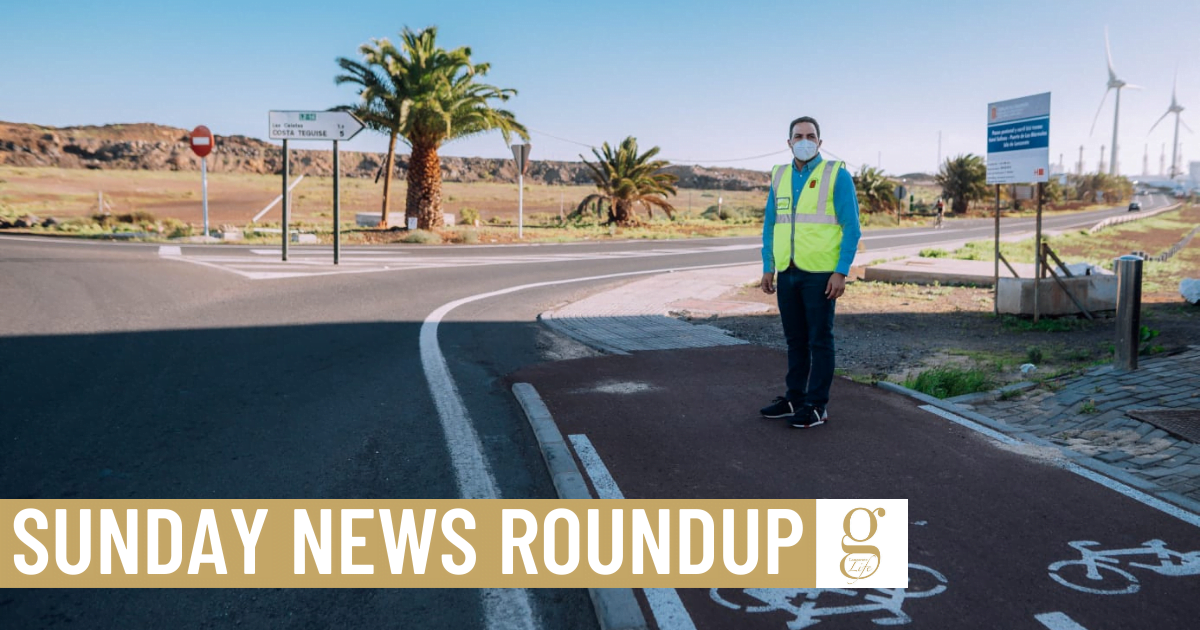 The stretch of the Avenida de los Corales road between Puerto de los Marmoles and Las Caletas will be closed from 7 am to 5pm  for the next two weeks, as workers complete the cycle path in the area.

This road, which leads past the power station, the desalination plant, Canal Gestion and the wreck of the Telamon, will be accessible for residents via Calle Cactus.

If you’ve visited the airport recently, you’ll know what a sad prospect it presents, and the effect of Covid on the island’s main portal has been confirmed recently with statistics that show that foreign arrivals have fallen by over 96% in the year so far compared to the same period in 2020.

Domestic Spanish travellers outnumber foreign visitors, but their numbers have also fallen by almost 50%. In February, for example, 54,278 people used the airport, of which 6,067 were mainland Spanish and 6,975 foreign arrivals. The remaining 41,000 were inter-Canarian flights.

Lockdowns and travel restrictions abroad meant that just 20 British arrivals were recorded in February, compared to over 100,000 in the same month last year.

The Canaries announced its Easter restrictions last week, which will apply throughout the islands from the 26th March to the 9th April.

For Lanzarote, which came out of Level 3 just a week ago, the rules will look wearily familiar: a 10 pm curfew and a rule of four outdoors and indoors. However, there are also new rules such as a ban on any meetings with non-cohabitants in private dwellings, and a travel freeze that means that anyone wanting to travel to other islands for non-essential reasons must take a test.

Aena has estimated that it will cost €139 million to extend the César Manrique Airport to meet future necessities, once the pandemic has passed.

This money will be used to extend the Terminal 1 building, adding more check-in gates and luggage carousels. AENA also mentioned that extending the runway into the sea may be necessary for the “maximum development” of the airport, preparing it for 14 million visitors a year. However, this this is not being considered at the moment. Instead, AENA is working towards a figure of over 9 million arrivals a year (the record so far was 7.2 million, in 2017).

AEMET predict that Monday and Tuesday will be much the same as the weekend: fresh temperatures in the mid-teens, but also plenty of sun and a bit of cloud. Things start warming up seriously on Wednesday, though, as the wind shifts to a south-westerly and temperatures hit the 20s. Easterly winds also bring a risk of calimas, and Friday may be a bit blurry. Rain? No chance until the weekend, and even then, it’s unlikely.