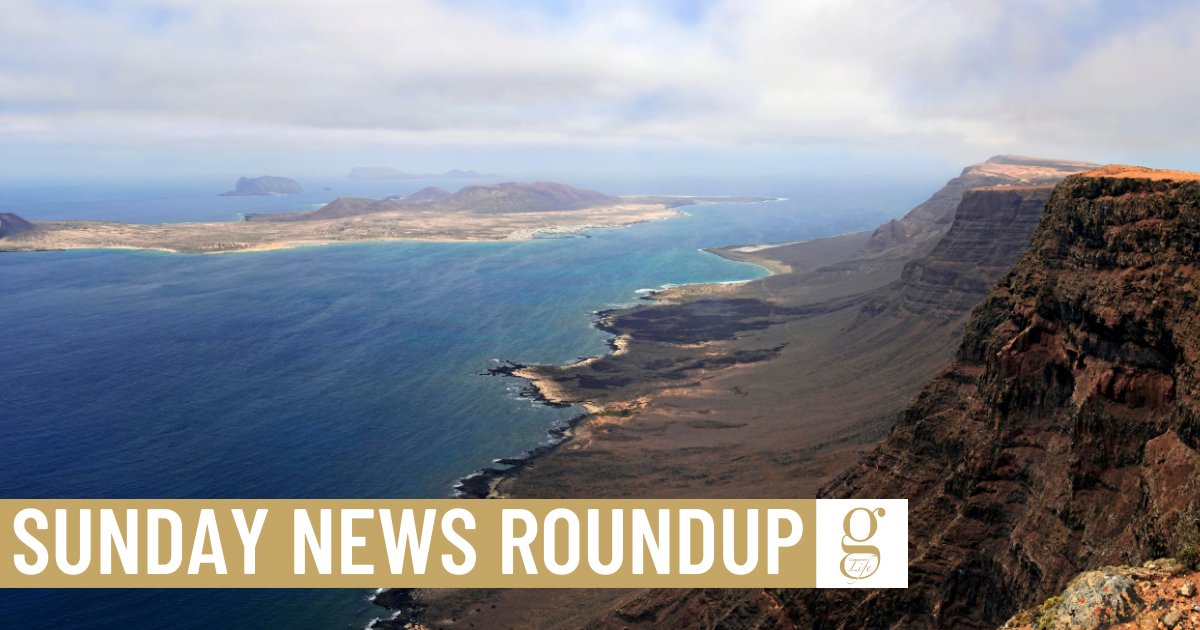 The Spanish government has agreed to locate a SIVE early warning radar system at the Mirador de Guinate. The system will be used to detect the arrival of pateras (boats carrying migrants) and other unauthorised craft.

The poor functioning of the existing SIVE system has been strongly criticised in the last couple of years, but the Spanish Council of Ministers agreed that the radar at Guinate was necessary” to guarantee coverage of the southern border of the EU and, more specifically, cover different areas of the coastline in view of the variation experienced in the approach routes of immigrants to Lanzarote”.

A fisherman died on Thursday after falling from the breakwater at Playa de las Cucharas in Costa Teguise. The man was initially resuscitated after being pulled from the water by emergency services, but died later in hospital.

Ahora Canarias, a Canarian nationalist federation, has denounced naval manoeuvres that are being carried out by the US 6th Fleet north of La Graciosa, which they say are affecting air traffic.

The aircraft carrier USS Dwight Eisenhower and several other missile launchers and destroyers from the US and Moroccan forces are carrying out manoeuvres from 12 to 50 nautical miles north of La Graciosa, claim the federation. They say that “aviation sources say that several flights have had to change their routes suddenly, upon encountering American fighter planes.”

Lanzarote managed to get its total of active cases of Covid down to double figures this week, after reaching a peak of well over a thousand in January.  The island is now the best-performing of the four major Canary Islands, with a seven-day rate of fewer than 30 cases per 100,000 people.

Nevertheless, earlier this week the Canarian Government ordered that Lanzarote should stay in Level 3 until March 11th, as they felt it was too early to reduce a level so soon after the reduction from Level 4 to Level 3 last Monday.

Even if Lanzarote does win Level 2 status this week, it seems likely that the Easter fortnight will bring a return to a 10pm-6am curfew and a rule of four on gatherings.

752 more islanders signed on the paro in February, bringing the total of unemployed on the island to almost 20,000. This means there has been a 77.3% increase in unemployment since February 2020, the last full month before lockdown.

The two-most heavily affected areas are catering and commerce – hardly surprising considering the rough time restaurants, bars and shops have had of it in these lean months.

Weather: More of the same

It’ll be more of the same weather-wise for most of the week, with clouds, sunshine and a fair chance of light showers at the start of the week.  Tuesday afternoon and Wednesday will be a little cloudier, clearing on Thursday with a sunny weekend promised. Temperatures, again, will be on the cooler side, between 13 and 21 degrees.

Airport updates
Where did the flu go?