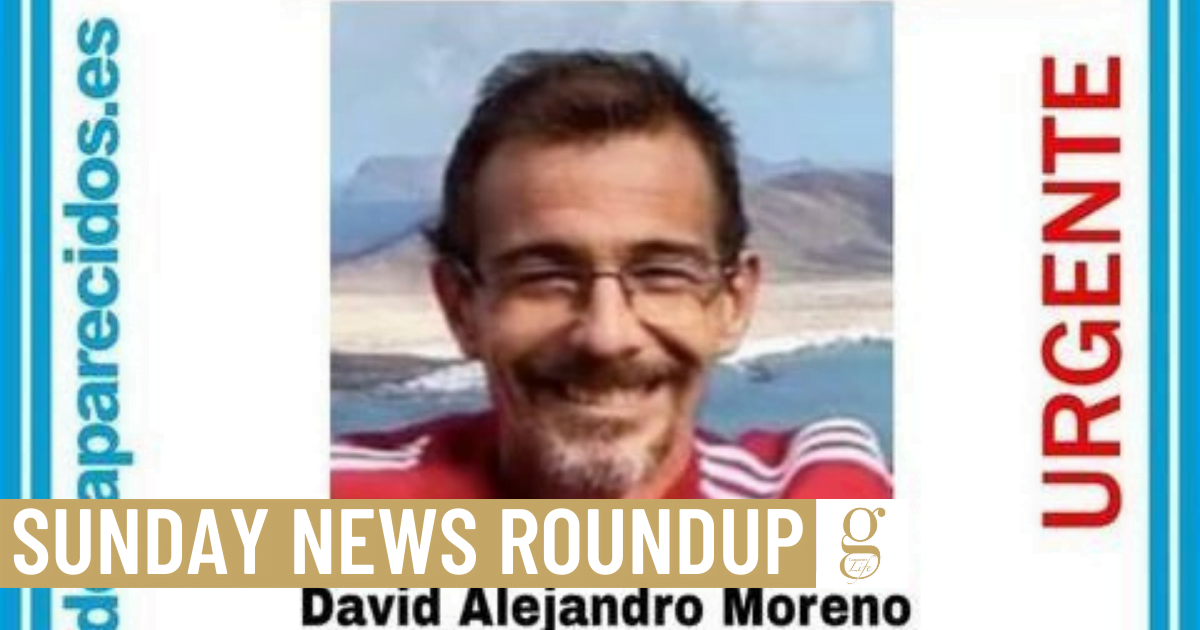 The public have been asked to look out for David Alejandro Moreno, aged 43, who has been missing in Arrecife since the 11th February.  Emerlan have already organised searches in various parts of the island, so far without success.

Last week’s calima lingered on for several days, but AEMET predict that it will be quickly cleared by this afternoon, after yesterday’s rain rinse the island and prevailing winds swing round to the usual north and north-easterly alisio for the rest of the week. This means sunny, cloudy weather, with a high probability of more rain from Thursday onwards. Temperatures will be between 14 and 21 degrees.

A woman was rescued on Saturday afternoon after deciding to go swimming in high seas at Playa Fariones in Puerto del Carmen. She soon got unto difficulties, and two Moroccan youngsters plunged into the water to rescue her. The swimmer and one of the rescuers appeared to be injured, perhaps by rocks, in the incident.

The Coalición Canaria (CC) party have affirmed their faith in the Mayor of Tinajo, Jesús Machín, after he placed himself at their disposal following his involvement in a drunk-driving incident on Tuesday.

Machín was convicted the following day, and has said he will not appeal the decision. “I’ve made a mistake and I’m sorry,” said Machín in a statement. The incident caused Begoña Hernández, a socialist councillor in Tinajo, to call for Machín’s resignation.

However, the CC’s local committee issued a statement in which they said they valued Machín’s “sincerity, valour and the work he has done for more than 30 years.”

Two films and a TV series will be shot on Lanzarote in February and March, the Cabildo revealed this week.

The films are a German production called “The Family”, which will be directed by Sönke Worthmann; and a German/Luxemburg thriller about memory loss called “Maret”, directed by Laura Schroeder.

Apple TV will also be filming one of its “most important” series, titled “Foundation”, on the island. A science fiction series based on a time travel story by Isaac Asimov, the series stars British actor Jared Harris.

Airport updates
Lanzarote on the mend