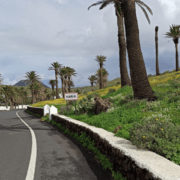 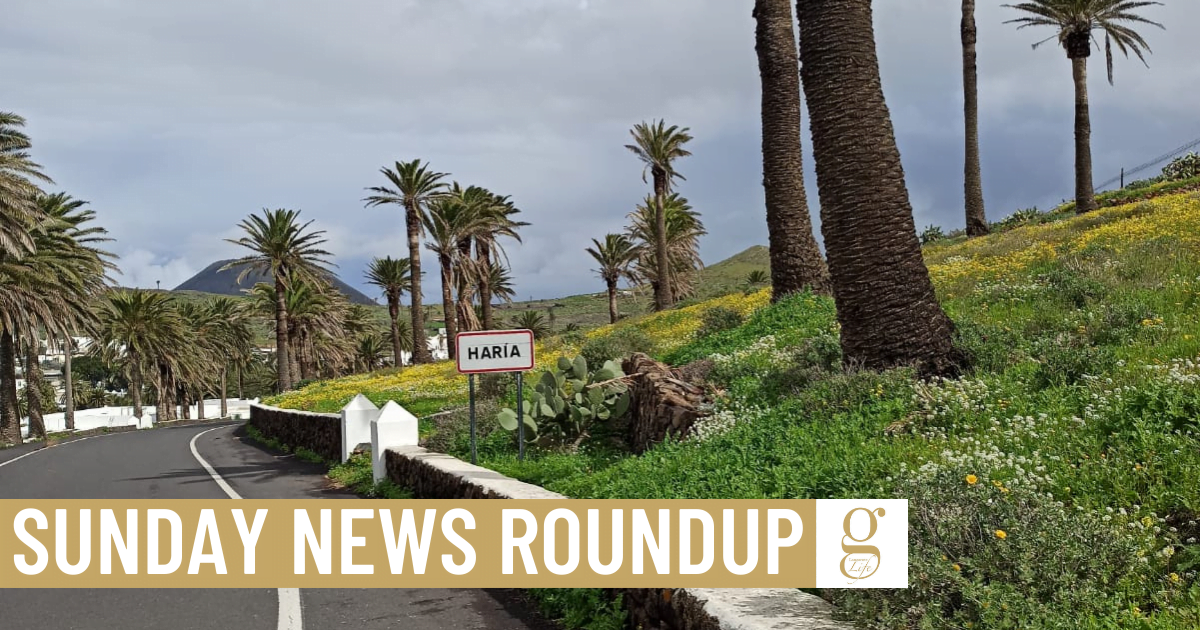 A rockfall caused by the rain closed the stretch of road between Los Valles and Haría at the weekend, as Cabildo workers rushed to get rid of the debris.

Other areas of the twisting series of hairpins leading down to Haría have been inspected, and a team of expert geologists is expected on Tuesday, charged with assessing the risk level of the road.

Although rare on Lanzarote, rockfalls are nothing new on the Canaries, and are a regular occurrence on the slowly-crumbling island of La Gomera, where wire netting is often used to hold rockfaces in place.

Teguise Ayuntamiento has authorised the construction of a roundabout at the crossing of C/ Las Buganvillas and Calle Jarama (the golf course road) in Costa Teguise.

The roundabout will permit locals to access the fifth Punto Limpio (recycling point) on the island, which is already built and scheduled to open in the summer. Punto Limpios offer a place to safely dispose of waste that should not be left in normal wheelie-bin style rubbish containers, and deal with everything from batteries and waste oil to garden waste, rubble and old electrical appliances.

Sightings of armed serviceman patrolling various areas of Lanzarote have aroused the curiosity of several islanders.

The soldiers are members of the Spanish army’s 16th Brigade “Canarias”, based on Las Palmas, and have been deployed to all seven islands to carry out training and instruction patrols. The aim of the exercise is to get to know the territory on all islands better.

Lanzarote Tourism Board is initiating meetings with Spanish Tourist offices in several “select destinations where visitors have a high spending power.”

Island representatives have already held talks with Spanish offices in Singapore, Moscow, Canton, Tokyo, Los Angeles and Abu Dhabi, and will be contacting Chicago, Toronto and Beijing this week. The meetings have been accompanied by contacts with the principal airlines of the countries involved.

The aim is to promote Lanzarote as a “premium destination” and position the island as “a unique and singular place with a high potential to attract top-of-the- range tourists from all over the world.”

It looks like we’ve seen the worst of the polar depression that has made islanders dig out their woollies and wrap up for the last couple of days. As the usual prevailing alisio wind re-establishes itself, the forecast for the week to come is perfectly normal for February, with clouds and plenty of sunshine, a low probability of showers and temperatures somewhere between 12 and 20 degrees.

The wild flower show that the island has been staging for the last few weeks looks set to continue, so put aside some time to enjoy it.