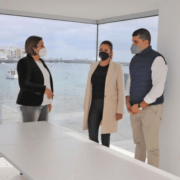 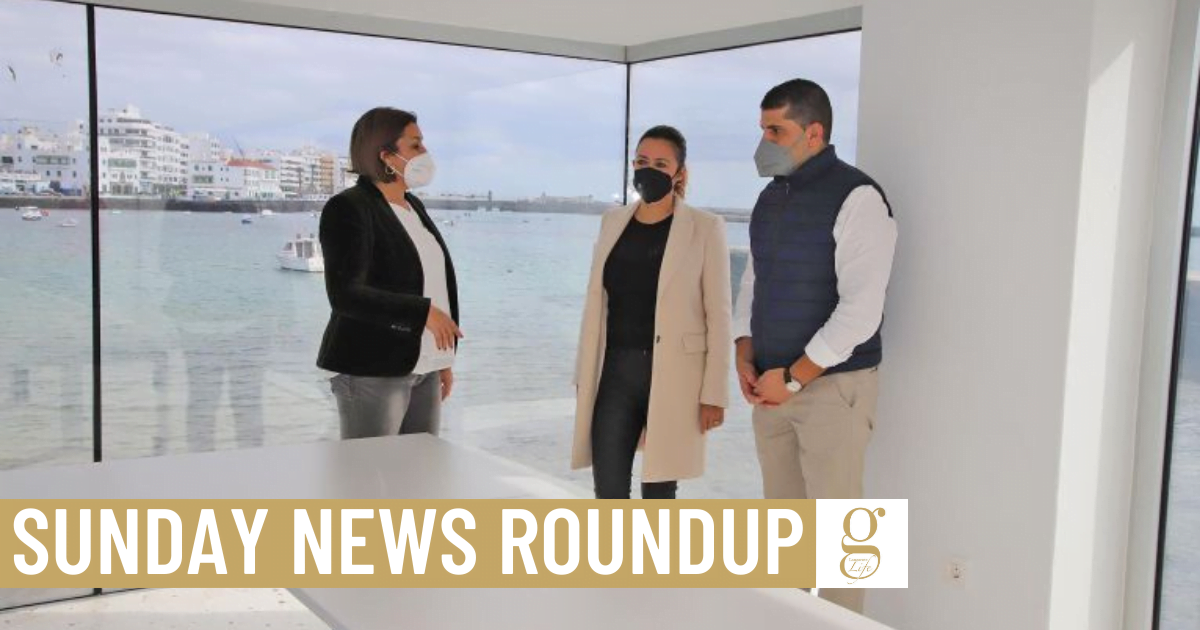 Cabildo representatives recently visited the renovated Islote de San Fermín, which will reopen to the public in March.

The ill-fated island is one of César Manrique’s least-known projects, a complex of pools and buildings lying on a small island just off the shore of Arrecife, in front of the Gran Hotel. It has, however, never opened to the public for more than few weeks, and has long been subject to neglect and vandalism.

Also known locally as “El Islote de Amor (Love Island), because it offered young couples some privacy, it is planned that the Islote will become a new centre for leisure activities in Arrecife.

The Canarian Federation of Pigeon Fanciers has been fined €177,000 by a national court for releasing pigeons in the vicinity of Lanzarote Airport.

The release of the birds occurred in 2017, and was denounced by airport authority AENA as a risk to flights. The State Authority for Air Safety later fined the Federation and issued an order halting the release of pigeons in the area.  After the Federation pleased that it had no funds to pay the fine, the judge ruled that documents produced as evidence to prove this were out of date and upheld the fine.

Raúl Diaz, accused of murdering his wife Romina Celeste in Costa Teguise in January 2019, will remain in provisional custody for another two years, a court has ruled. The judge also indicated that the first stage of Diaz’s trial for murder is imminent.

25-year-old Romina Celeste, originally from Paraguay, went missing on 1st January 2019, but was not reported missing by her husband until a week afterwards. Later, Diaz admitted to dismembering and disposing of his wife’s body, but has never owned up to her murder.

The shocking rise of Covid-19 cases on Lanzarote continued on Saturday, as a further 71 cases were reported, bringing the total of active cases to a record peak of 757. Even more worrying is the fact that the number of patients in the Dr José Molina Oroso Hospital has leapt to 27, with five of these in the intensive care unit.

Lanzarote entered Level 3 on Friday morning, with a 10pm-6 am curfew and a ban on unnecessary travel and all gatherings outside of bars and cafes. Gran Canaria will also enter level 3 tomorrow after a rise in cases, while Tenerife has been downgraded to Level 2 after recent improvements.

The Cabildo and Ayuntamientos have also cancelled all cultural events, including markets, for the immediate future.

Arrecife Mayor Astrid Pérez has called upon the Canarian Government to conduct mass Covid screening of schools in Arrecife following the rise in cases in the capital.

Arrecife is currently the fourth worst-affected municipality in the Canaries and Pérez made the request after learning that some infections had been detected in pupils at the Argana school. Pérez has demanded that the Canarian Government conduct screenings such as the ones that took place a few weeks ago after traces of the coronavirus were detected in waste water “or take other measure that will ease the worries of parents.”

Two die as hospital prepares for the worst
Scroll to top