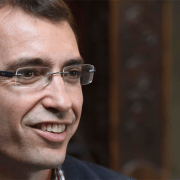 San Bartolomé has prohibited adult cyclists from using the seafront promenade during the state of alarm. The decision has been made as a consequence of the large amount of cyclists that have taken to the streets and roads after the lifting of the lockdown on Sunday allowed athletes and walkers to exercise for seven hours each day.

The virus’s presence is “almost non-existent”

There now remain only 12 active cases of COVID 19 on Lanzarote after four patients were discharged from hospital after testing negative yesterday. Five of the active cases are in the Hospital Dr. José Molina Orosa, with two still in intensive care. The other seven are in quarantine at home.

Eleven days have passed since the last new case was reported on Lanzarote, and similar positive developments on the rest of the islands have prompted the head of the Canarian health service, Antonio Olivera, to say “The virus is no longer in the street, apart from in certain very localised spots. The presence of the virus is almost non-existent.”

San Bartolomé has prohibited adult cyclists from using the seafront promenade during the state of alarm.

The decision has been made as a consequence of the large amount of cyclists that have taken to the streets and roads after the lifting of the lockdown on Sunday allowed athletes and walkers to exercise for seven hours each day.  The ban will apply to adults between the hours of 6 and 10 am, and 8 to 11 pm.  Children under 14 are still permitted to use bicycles during their time slot of 12 noon to 7 pm.

Social distancing and the immediate physical safety of  pedestrians are the two factors that have caused the Ayuntamiento of San Bartolomé to take the decision. Large stretches of the Playa Honda seafront still have no clearly-marked cycling lanes and the risk of collisions, which has always existed, is now higher than ever. The amount of bikes on the promenade also mean it is difficult for cyclists to observe the 10-metre distancing rules laid down by law.

The rules laid down by the Spanish state allow cyclists and runners to exercise anywhere within the municipality they reside in. Municipal borders are normally not an issue on Lanzarote, but police have already had to set up barriers on the seafront path to warn runners and cyclists coming from Arrecife and Puerto del Carmen not to cross into San Bartolomé.

Lanzarote is the Canary island that has seen the highest rates of unemployment since the start of the COVID 19 crisis, and Tías is the worst-affected municipality on the island, according to figures from the Canarian Government’s Council for Employment and the Economy.

Over 19,000 workers on Lanzarote are now subject to ERTE (furlough) schemes, meaning they are temporarily laid off until their employer rehires them or the government ends the scheme. These are in addition to the 16,000 unemployed whose ranks have been swelled by 42% since the start of the coronavirus crisis.

In Tías, 4,725 workers have been laid off on ERTE schemes – around  one in three adults of working age in n the municipality.

Get your masks on! Carnival is back!

Recipe of the Month: Hummus
Scroll to top