Lanzarote’s white colour scheme defines the island. It’s a trademark image that has advantages and disadvantages. 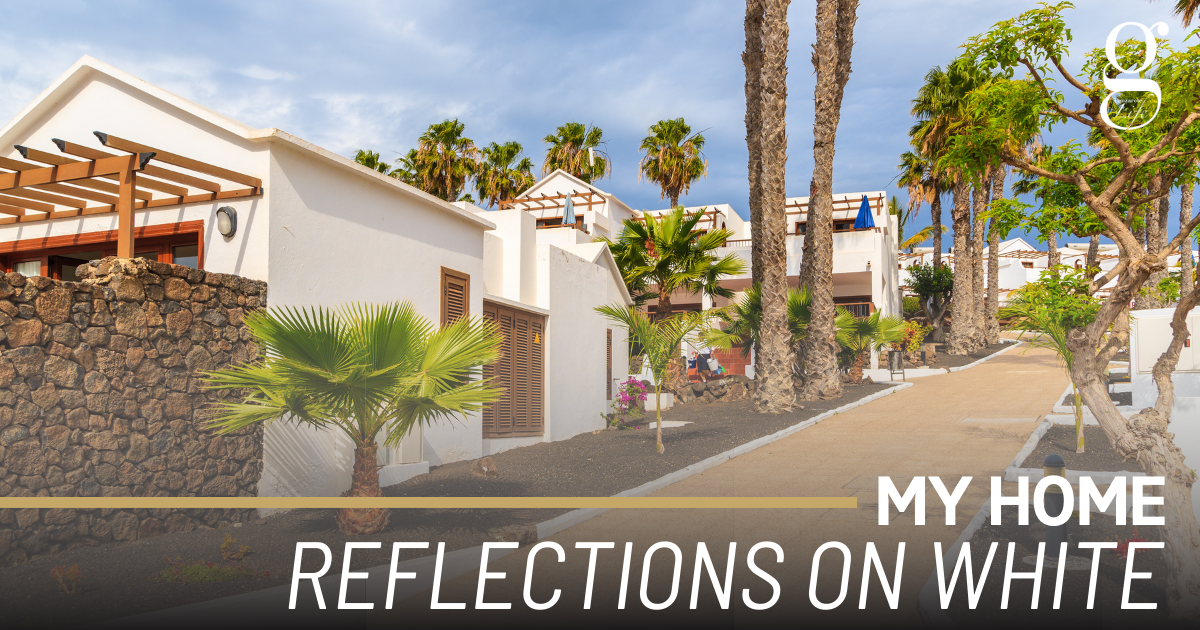 Travel around the Canary Islands and you’ll see some very different colour schemes. Tenerife, for example, is defined by the warm, reddish tones of the terracotta roof tiles that are widely used there, while the approach to Las Palmas in Gran Canaria will take you past houses and entire neighbourhoods that are painted in bright, vivid colours.

Lanzarote’s white colour scheme is relatively new, established by various local by-laws that reflected the ideas of César Manrique. Before this, there were no rules, although whitewash was widely used as an important product of the lime industry in the 19th century, and there was also a tradition of decorating doors and windows with blue and green paint left over from painting boats.

It’s certainly true that white has become part of the Lanzarote “brand” – one that is perhaps stronger and more definitive than any of the other islands. The contrast of white sugar-cube houses against black volcanic rock and ash has become an emblem of the island.

White is also cheap and practical – you don’t have to worry too much about matching shades when repainting, and whitewash is a lot cheaper than other house paints. More recently, it’s been claimed that white walls and white roofs keep indoor temperatures lower because they reflect the sun’s heat, rather than absorbing it. This lowers usage of air-con and fans and saves energy. White roofs will also increase the performance of solar panels that are installed.

However, white can also be blinding, and it certainly doesn’t help the eye problems that are often a result of strong sunshine on the island. This is perhaps why many inner courtyards and patios are decorated in different colours or softened with plants.

The Canarian Cardón
Facelift for Janubio

The Canarian Cardón
Scroll to top