Humans have been building and designing on Lanzarote for centuries, and one of the least visited areas of Lanzarote is home to its richest archeological heritage – where the original natives of the island settled and created mysterious stone carvings. 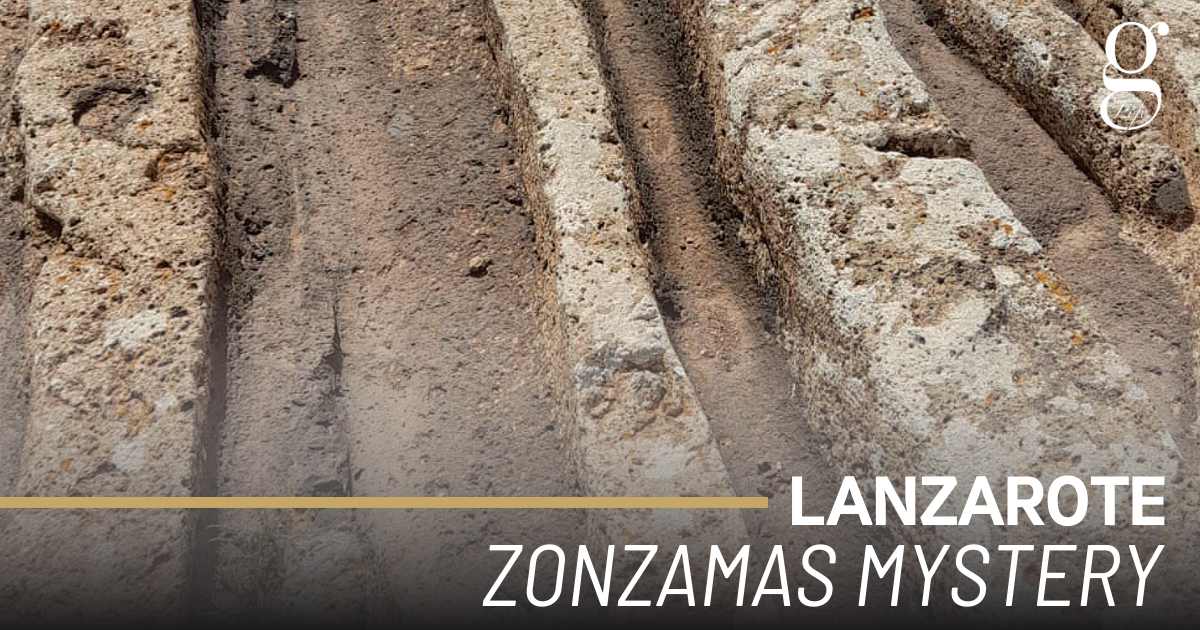 Many people know the area of Zonzamas for one thing – it’s the site of the dump that receives almost all of Lanzarote’s rubbish. Complaints about smells and fluttering plastic rubbish have existed for years.

But Zonzamas is also one of the oldest centres of population on the island. A seemingly random jumble of stones just a few metres away from the entrance to the dump marks the site of the village of Zonzamas, named after the ancient King, who was said to have built it, according to records from a Spanish traveller who visited the island in 1377.

Further round the corner on the way to Tahiche, behind one of the banks of the pass that was blasted into the mountain to build the LZ-34 road, is one of the strangest structures on the island – the Quesera de Zonzamas.

This is a series of channels carved into the volcanic rock on the floor. About four metres in diameter, all the channels run in the same direction, although they are different widths. It’s clearly taken a lot of work to hollow out these smooth channels, but the reason why it was done is still a mystery.

The name quesera means cheese dairy, but although roughly similar structures are used by cheese makers and are the reason the ancient stones received their name, no one currently believes the channels at Zonzamas were used for this.

Explanations range from the most routine – that the channels were used to channel water, or grind grain (although they are in a rather exposed situation for this); to theories that they were used for ancient rituals or have some relation with the stars. Other queseras have been found in other parts of the island, but this is the most impressive and well-preserved.

On nearby stones, engravings known as podomorphs have also been found. These are rough rectangles with five scratches at one end, and are thought to represent human feet. They have been found widely throughout Lanzarote and Fuerteventura, where many point in the direction of the mighty Mount Teide on Tenerife.

What’s certain is that the channels are located on a hilltop with wide views of the ocean, the southern coast and the row of volcanoes that forms the “spine” of Lanzarote. The ancient Mahos lived in homes that were half-dug, half built with stone, and the quesera also shows their intimate connection with the landscape they lived within.