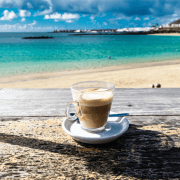 Coffee is big-business, and coffee chains such as Starbucks have taken over the world – all apart from Spain, where local bars are still far more popular than the big multinationals. Here’s how to buy and order coffee on Lanzarote.

Most of the ground coffees you see on sale will be marked mezcla (blend) or natural. Coffee lovers need to know that a mezcla is likely to contain torrefacto coffee – the proportion will be indicated on the packet.

The torrefaction process was developed in the 19th century and involves roasting lower-quality robusta beans with sugar to produce a glossy, caramelised glaze. Cheap and long-lasting, the harsh, assertive burnt-sugar flavour became an acquired taste during the hard years of the Civil War and its aftermath. Many older Spaniards still believe the resulting dark, bitter, strong coffee is best.

Torrefacto, however, is widely disliked by modern coffee buffs, who will always choose a natural, 100% Arabica, and are more than happy to pay the extra.

Despite their huge recent popularity, many coffee drinkers are turning away from Nespresso style machines because of the inherent waste involved in the pods. Filters also involve paper waste, although they remain popular and much cheaper than the Nespresso option, while the “French press” style of Cafetiere and the stovetop Moka Pot from Italy are popular, affordable ways to get a decent coffee at home.

No home method, however, can compare with the professional coffee machines found in almost every bar and restaurant.

Classic zinc-counter Spanish bars often use a commercial blend containing torrefacto coffee, while more upmarket joints may offer various types of coffee. Don’t be afraid to ask. Here’s what to ask for:

Cafe cortado; Café solo with a dash of steamed or cold milk. This is not the same as a macchiatto, which uses frothy milk. Served in a glass or a cup.

Cafe con leche; Darker than a caffe latte, this is a normal milky coffee that millions of Spaniards take with breakfast.

Leche Leche; Canarian speciality with hot milk and a slug of sweetened condensed milk. If that’s not sweet enough for you, it often comes with sugar.

Manchado; Leche manchado is a glass of hot milk “stained” with a drop of coffee for flavour.

Carajillo; A cafe solo with a shot of brandy or rum added. 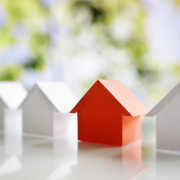 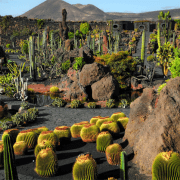 The best of times 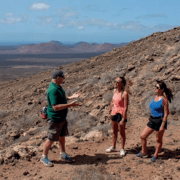 La Degollada to The Picón Quarry at Maciot 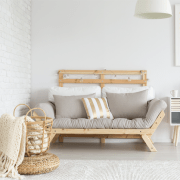 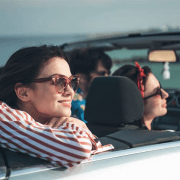 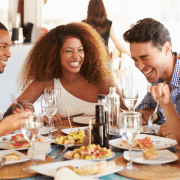 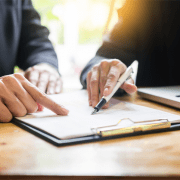 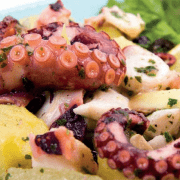 Octopus & Potato Salad
How to be beautiful