Lanzarote is a wine culture, and that means so much more than what you choose to wash your dinner down with. Here’s how the vine has defined the island. 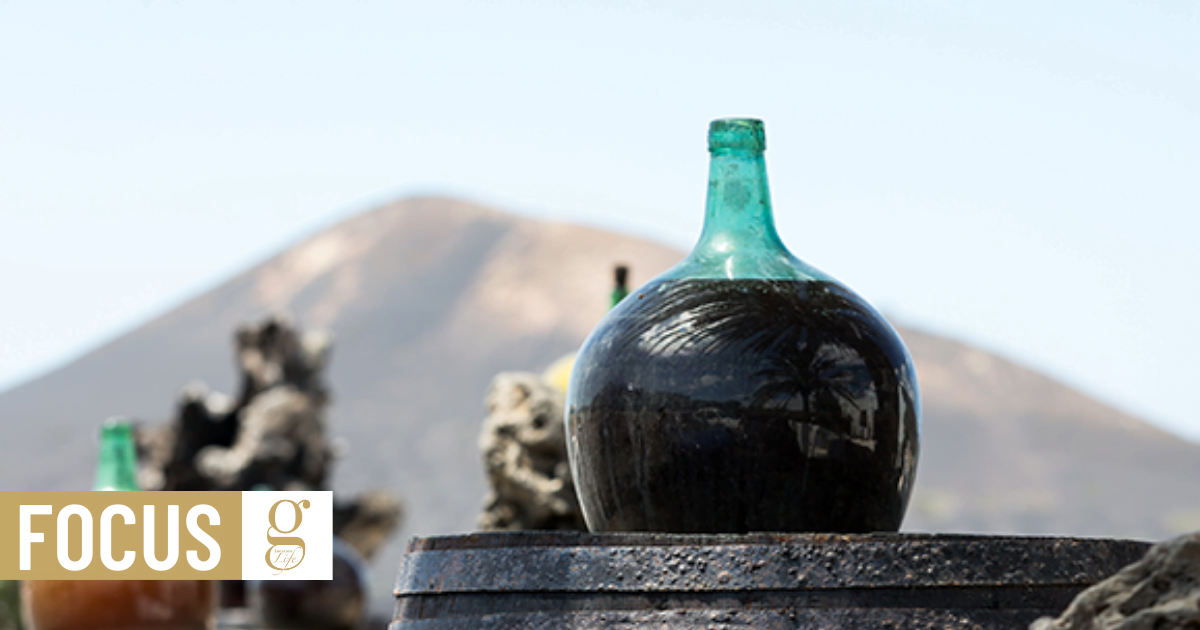 Wine is work. Vines are labour intensive crops, requiring constant supervision and care. Pits need to be dug, walls need to be built, old vines need to be pruned and cut back, pests and diseases need to be constantly monitored, vines must be tied up off the ground, and then there is the harvest, which is carried out entirely by hand on Lanzarote.

The resulting labour is worth it, though, for Lanzarote’s most emblematic product and its best-known export. Wine has been grown on the island for centuries, but it was after the volcanic eruptions of the 1730s that the islanders developed a style of cultivation that would create unique wines and a landscape that has become world-famous – aerial photos of black, volcanic ash fields stippled with horseshoe shaped stone walls surrounding a single green vine.

In the past, Lanzarote and the other Canaries sent sweet, fortified wines to Elizabethan England, where they were hugely well-regarded . England’s Poet Laureate was traditionally paid a “butt of sack” each year, and the sweet wine known as sack was also referred to as “Canary” or “Malmsey” (malvasia).

Nowadays, wine is an equally festive drink, the fuel that propels countless fiestas and parties and the natural accompaniment to those long, lazy Canarian lunches where conversation and dining stretches long into the afternoon.

Wine culture is also manifested in the way that bars are laid out. Draught beer taps are a relatively recent introduction here, but there have always been shelves, and cellars for wine. That drinking culture is even reflected in the smaller measures that are generally favoured here. Pints and litres of beer in northern Europe are replaced by smaller cañas or botellínes.

And wherever wine is drunk, you’ll also find that it is used as an ingredient. Cooking with wine is mostly associated with French, but plenty of Spanish and Canarian meals also benefit from a glug of wine to enrich and add flavour to a sauce or stock.

With Christmas on the way, and a brand new vintage shortly due to hit the shelves, there’s no better time to immerse yourself in Lanzarote’s wine culture. Take a visit to El Grifo or La Geria, or hunt down some of the island’s smaller boutique bodegas. You’ll have fun, we guarantee it!

Matches made in heaven

Here are some of the food and wine matches that exemplify Lanzarote life:

Lanzarote’s rosés are colourful and fun and perfect to sip with a bowl of olives, anchovies, capers, or grilled prawns.

Chilled dulce wine is the perfect partner for Christmas sweets, Snuggle up and enjoy in front of your favourite afternoon movie.

Goat meat is tasty but greasy. A local red wine will help cut through that richness and bring a little complexity to the table.

A classic everywhere – grill or bake fish simply with herbs, olive oil and a little lemon and team with a chilled malvasía.

The Goldilocks choice – not too dry, not too sweet, not too mild, not too mature. Half-cured cheese has a tart flavour that’s perfectly accompanied by the sweet notes of a semisweet wine.

Try the local dessert wine as an alternative to port, with a chunk of savoury Stilton.

Calls for curfew
Scroll to top