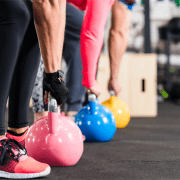 Nowadays it sometimes seems like a strange collective dream, but the lockdown changed many of us and has shown us that, when it comes to priorities, fitness and beauty are pretty high up on the list.

Lockdown was tough on many, but it also highlighted what was important to many of us – Strangely, many of us grew closer to distant family, friends than ever, and we built up new communities of friendship and support,. But it was also interesting how much importance was placed on our well-being, and the mental and physical importance of looking and feeling good.

“I was climbing up the walls by the second week,” says Diane Carlson, a waitress who found her gym classes were one of the things she missed most, “Me and my boyfriend fought about who’d take the rubbish down!” Diane burst out of her house on the first day exercise was permitted, and was first in line when her hairdresser opened a few weeks later, too: “It’s about self-confidence”, she says.

The return to the hairdressers has been one of the more heartwarming aspects of this miserable year – surprise, surprise! It turns out that we actually do like to look good and trust the professionals to do a decent job. Even the hairdressers, who have had to deal with the aftermath of scores of lockdown haircuts, are smiling behind their face masks.

But we’ve also learnt that we like to experiment and that the creativity that resulted from weeks of boring confinement can be hugely rewarding. Along with high-maintenance styles that will be a natural reaction to lockdown, expect to see some drastic cuts, wild colours and a fun attitude.

Vogue claims that, postlockdown, trends will be less important, and we’ll instead be focusing on classic garments and socially-conscious dressing. “We need less,” the magazine concluded recently. “Much less than we ever thought we did, and we need to think harder about what we wear. This move to “anti-fashion” has been helped by people experimenting with the items they’ve got during lockdown, as well as new apps such as Vinted which allow you to buy and sell nearly-new items easily.

A billion Tik Tok videos also show that a casual, relaxed, unisex leisure wear is now an established global trend from Texas to Singapore. It’s hardly surprising: these items are meant for comfort, and comfort is what we’re seeking.

Gardens aren’t that common in Spain, and for many naturally active people stuck in apartments the lockdown was pretty hard going. By mid April, the urge to get out and exercise was so strong that the government simply had to permit it, for the health and sanity of the nation.

Cue a new army of runners and cyclists which still hasn’t subsided. On Lanzarote, this lifestyle was already well-established, but the end of lockdown allowed thousands to rediscover sport and exercise.

Gyms are now open as well, and personal trainers are available so that you can hone all that energy and all those good intentions into an efficient routine that’ll get you where you want to be.