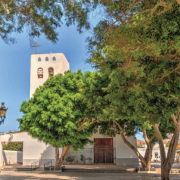 With a few exceptions, Lanzarote is not famous for its trees. Researchers believe the north of the island was once heavily wooded, but human inhabitants stripped the island for firewood and building materials, and the resulting erosion and grazing by livestock means they won’t be back soon. 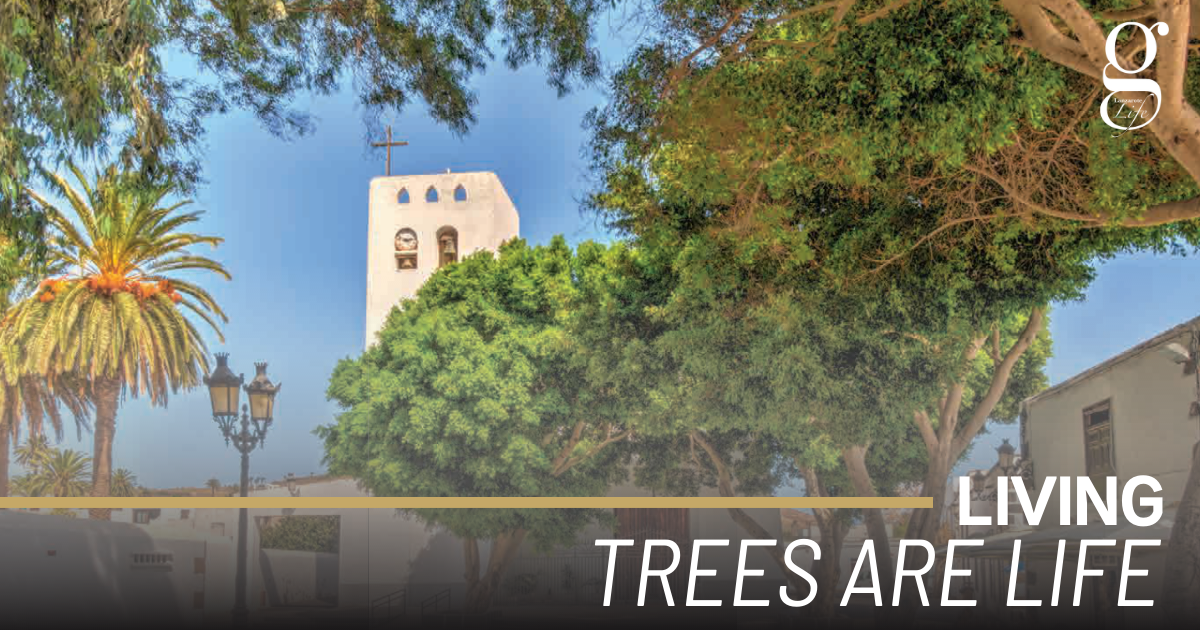 There are small areas of light woodland consisting of Canarian pines and acacia in the north, but it is Har a’s “Valley of a Thousand Palms” that is home to the most famous trees on the island, a scattered army of Canarian palms that were traditionally planted to mark the birth of a male child.

The Canarian palm is the emblem of the islands, and magnificent specimens can be found everywhere. However, it is has suffered terribly from plagues of weevils in recent years, and some island authorities have also neglected their palms, with many dying of dehydration.

The Indian fig, a huge tree with a distinctive white trunk, is one of the most popular trees in towns and villages. Arrecife’s Titerroy district is famed for its examples, and there was an outcry when the ficus trees on Arrecife’s seafront were chopped down or reduced to bare trunks a few years ago.

Examples of the Mediterranean fig tree are among the most revered trees on the island. The fig trees that inspired Cesar Manrique’s house in Tahiche and the Timanfaya Centre can still be seen, although both are long dead. Nevertheless, locals still tend to fig trees in the otherwise prohibited areas of the Fire Mountains.

Outside Yaiza’s church, an ombu tree from Argentina is one of the most recognizable landmarks of the village, while elegant Flamboyan trees can be found along Arrecife’s main shopping street, bursting into flame coloured blossom each year.

The tallest tree in Arrecife is, surprisingly, a monkey puzzle. Located within the grounds of the Agustin Espinosa secondary school in the heart of the capital, only its tip can be seen from outside.

Lanzarote needs trees, and the removal or death of any single one diminishes the island. Perhaps it’s time we opened our eyes to the amazing trees that can be found around the island and, perhaps, cultivated a few of our own.

Mr Brown and Mr Green
Some like it hot and bubbly

Success with Succulents
Scroll to top