Locals still call Teguise “La Villa”. The pretty white town on the hill may have stopped being the capital of Lanzarote in 1847, but it has never stopped being “The Town” 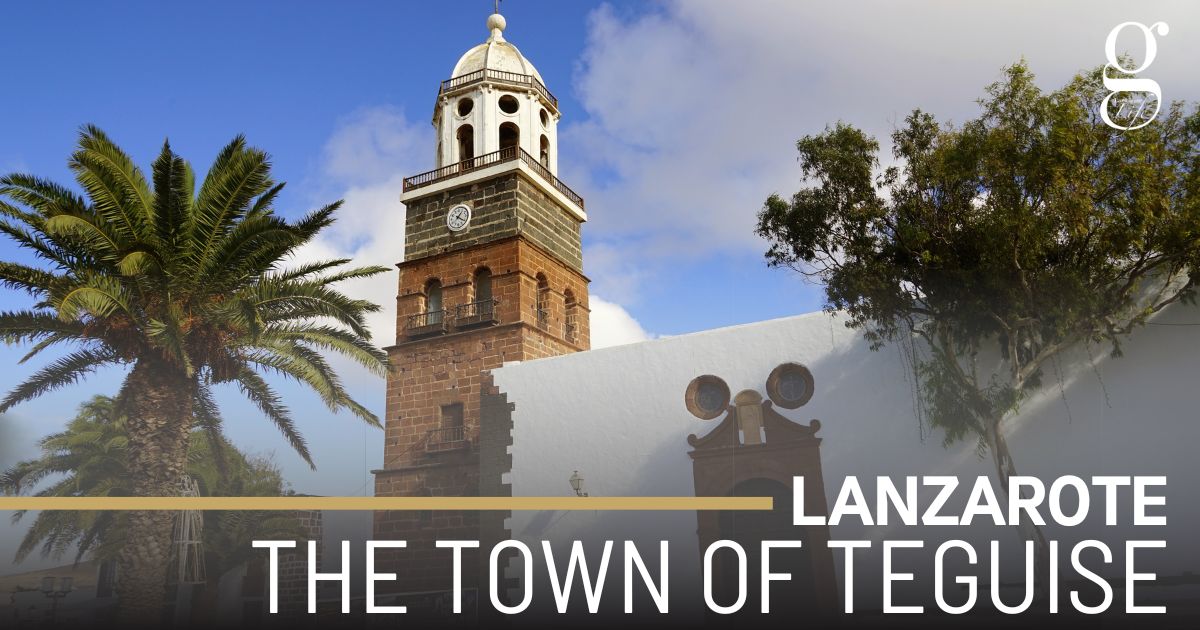 Teguise was the main centre of population on Lanzarote long before the French and Spanish conquistadores arrived and remained so until the 19th century.

And La Villa de Teguise is still important. It’s one of the cultural centres of the island, home to ancient traditions, famous for its music and more recently a small but thriving artistic community.

And, of course, it’s a magnet for the whole island every Sunday, when the town receives thousands of visitors to the famous market.

It’s one of those places where it pays off just to wander, get lost and enjoy the atmosphere. At every corner you’ll find gorgeous views of distant fields and volcanoes, framed by white walls and explosions of greenery.

And in those timeless little streets, with their green and blue doors and shutters, you’ll also find some wonderful little shops, cafes, bars, and restaurants.

For centuries, Lanzarote islanders have looked forward to “going up to La Villa”. And millions of tourists have followed in their footsteps. Over the next pages we’ll be looking at the traditions, history, and attractions of this unique place in the heart of Lanzarote.

What’s in a name?

Teguise takes its name from the daughter of Zonzamas, the last native king of Lanzarote. Princess Teguise was delivered to the conquistador Maciot de Bethancort, who married her and named the town in her honour.

Before the conquest, the town was originally known as Acatife – a native Maho word that means “large settlement”. This word is still used by folk groups and local businesses.

The full name of the the town is La Real Villa de Teguise (the Royal Town of Teguise), but it is usually known as Teguise, or “La Villa” by locals.