When you see the Latin word canariensis in the name of a plant or animal species, it indicates that it comes from the Canary Islands. In the next issues of Gazette Life, we’ll be looking more closely at some of these native species with the help of Francisco Bermejo, who is so committed to local plants that he named his garden landscaping business Canariensis. 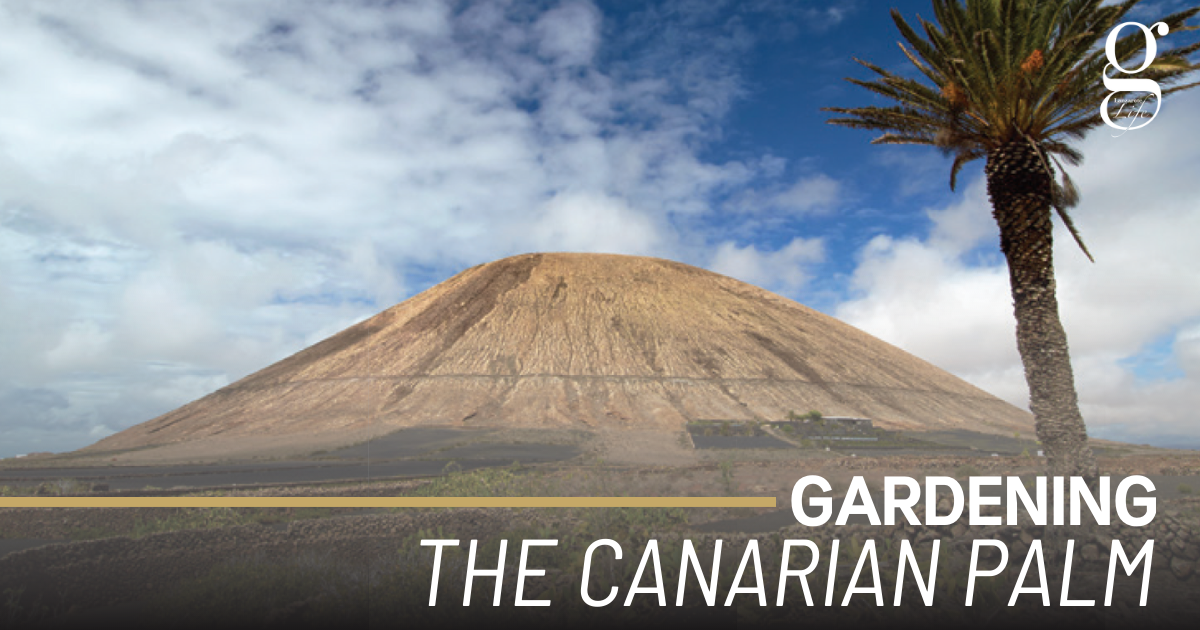 Our first native species is probably the most famous of all – the Canarian palm (Phoenix canariensis), a Canarian emblem that can reach 13 metres in height and live for centuries.

On the Canary Islands, palm sap is used for a syrup called guar po, and its leaves are used in basketry, but its most important use is ornamental. It is perhaps the palm tree that is most appreciated by landscapers, gardeners and the general public around the world, and has established itself as the absolute and exuberant Queen of the “palmae” family on five continents.

But our Phoenix is going through a rough time in its homeland. There are several ills that afflict them and dangers that lie in wait for them, but the most serious is undoubtedly the Four Spot Weevil (Diocalandra frumenti), known locally as el picudin.

This is a small beetle native to Southeast Asia, which was detected for the first time in the Canary Islands in 1998 on Phoenix canariensis. Its presence is very harmful to the Canarian palm, devouring it silently and inexorably if it is not remedied. Unfortunately, it is now present on all the islands apart from El Hierro and in some of them, like Lanzarote, the plague has reached very worrying dimensions.

At Canariensis Paisajes, we’re concerned about the future of our islands’ most important plant symbol that represents them. But Winston Churchill said, “Difficulties mastered are opportunities won,” and we have decided to invest part of our resources in making our particular contribution in order to fight this plague.

If you have palm trees in your garden, we will pay special attention to their care. We will try to control the presence of the weevil at an acceptable level, because the complete elimination is quite complicated. And if you entrust your garden project to us, you’ll get free treatment of your palm trees for a year.

Mr Brown and Mr Green
Battle for that play-off place