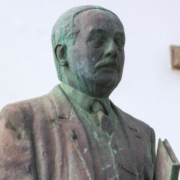 Statues have been big news in the UK recently, as the government passes new laws to stop them being “cancelled”, but what are the chances of Lanzarote’s monuments being torn down? 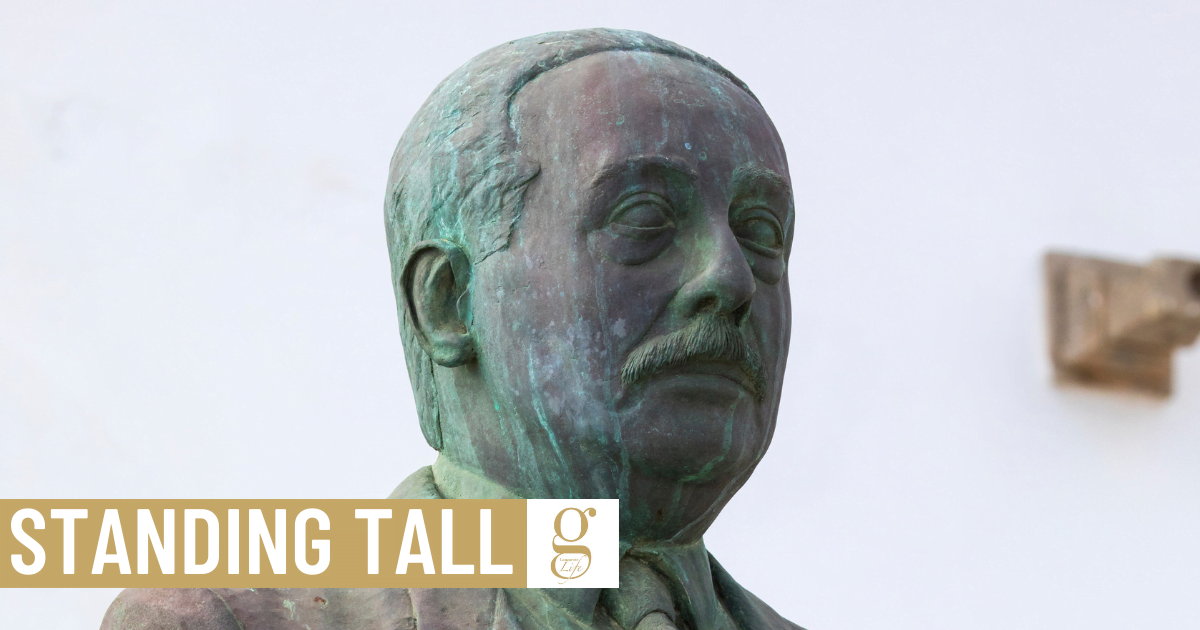 Spain is well used to monuments being cancelled, with hundreds of monuments to the dictator General Franco being removed in recent decades, and Lanzarote has also seen fascist-era monuments removed and street names changed. But its statues seem pretty safe for now.

Today, most of the statues on Lanzarote are underwater – scores of them in the now-closed Atlantic Museum off Playa Blanca. Many others are general designs devoted to cultural activities or jobs. That’s why you’ll find statues of a fearsome Diablete in Teguise, a water gatherer in Tías and the giant pink models of Scooby Doo that are supposed to be camels in Uga.

Monuments to individuals are few and far between, but here are three we found in Arrecife.

Blas Cabrera, whose statue stands beside the UNED university building in Arrecife, was the greatest scientist Lanzarote ever produced. An experimental physicist who published over a hundred papers, some of his equations are still in use today. He was appointed President of Spain’s Royal Academy of Science in 1934 but was later exiled by Franco for his “anti-nationalist and anti-Spanish activity in the times before the Glorious National Movement.” and died in Mexico. Chances of cancellation are currently low.

Known as El Pollo de Arrecife, “the bantam of Arrecife”, for his Canarian wrestling skills, Niz was also well-known as a policeman in the centre of Arrecife. In 1966, the makers of the film One Million Years BC asked local Canarian wrestling clubs to provide extras to play cavemen, meaning that world got to see Niz and his mates dressed in a skin and chewing a bone.

Niz’s granddaughter is currently the Mayor of Haría and his statue is a popular photo opportunity that is unlikely to be cancelled by anyone.

The doctor who brought modern health care to Lanzarote is remembered in Arrecife’s centre, with two children at his feet. “Lanzarote’s doctor” worked tirelessly against the effects of famine, poverty and infection and established the island’s first Hospital, the Insular, in 1950. The Covid pandemic has made his name more current than ever, after the new General Hospital was named in his honour.

The Doctor’s statue is likely to remain, but his real monument is Lanzarote’s health system.

The Canarian Palm
Cats & the law

Out to lunch
Scroll to top