This Spanish omelette is an all-time classic – Penélope Cruz was recently seen making one in the Oscar-nominated film Parallel Mothers. You can buy a slice of tortilla in most bars and take away food shops but making your own takes it to the next level. 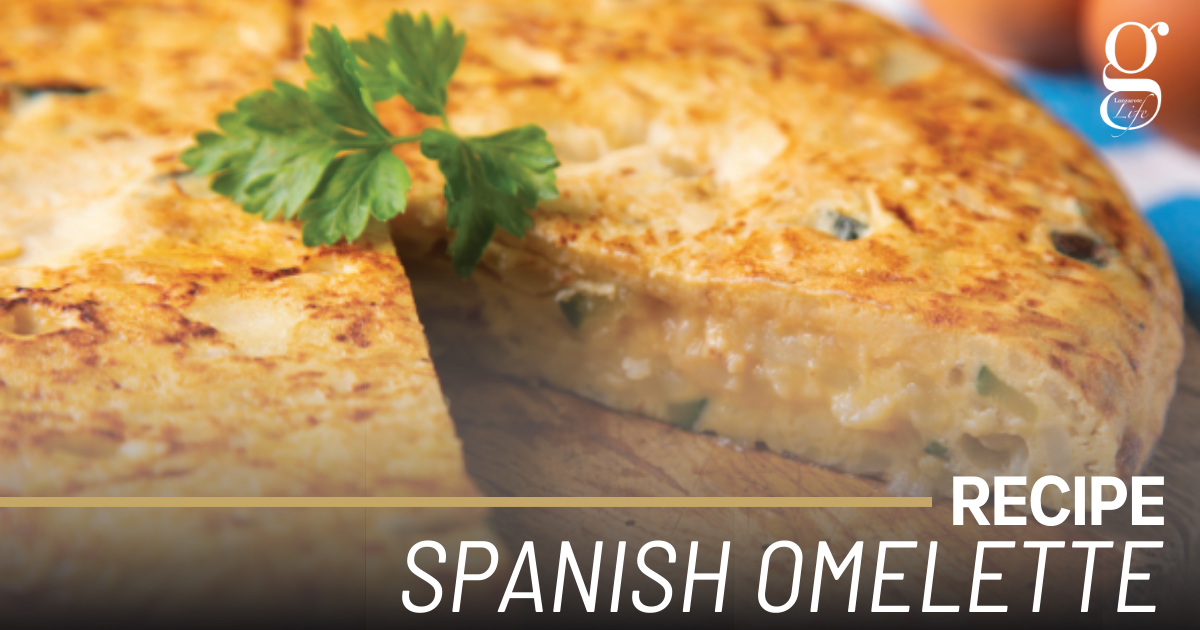 Like any classic recipe, it provokes strong opinions. Some think the onion is heresy (although a recent survey showed that the Canaries were definitely in the onion camp), while others will add pieces of ham, chorizo or pepper.

1. Peel and slice the onion, then fry in the olive oil (abundant oil is one of the keys to success) with a pinch of salt for around 20 minutes – until it’s very soft but has not started to brown.

2. While doing this, peel and slice the potatoes thinly, then rinse in cold water and pat dry. Fry the potato slices in the oil with the onions until they’re melt-in-the-mouth soft (keep the heat medium – you’re not making chips). Season well with salt and pepper.

3. Beat eggs in a mixing bowl, then remove potatoes and onions with a slotted spoon and mix gently with the eggs.

4. Heat the extra virgin oil in a smaller non-stick pan (about 22cms) and pour the egg mixture in. Then leave to cook on a medium heat. When the edges start to come away from the pan, you can either flip the tortilla by turning a plate upside down, putting it on top of the pan and swiftly flipping, then sliding the tortilla back into the pan. Or you can pop it under the grill. Cook for five more minutes, then serve.

Chef’s tip: Some top chefs have recently claimed that potato crisps are as good as frying fresh spuds. The fried potatoes you can get from roast chicken shops (asaderos) usually make a decent tortilla, too. Many people like hot tortillas that are little gooey in the middle. If you’re one of them, grill the top briefly rather than trying to flip it. If you plan to eat it cold, cook it through and flip away.