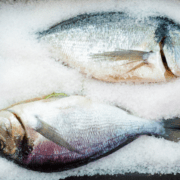 It’s possible to get complicated and perfectly-prepared dishes on Lanzarote, but that’s not what the island is famous for. The best things are done simply, and rely on a few key elements. Here are some of Lanzarote’s simplest ingredients and a few simple but stunning recipes to go with them. 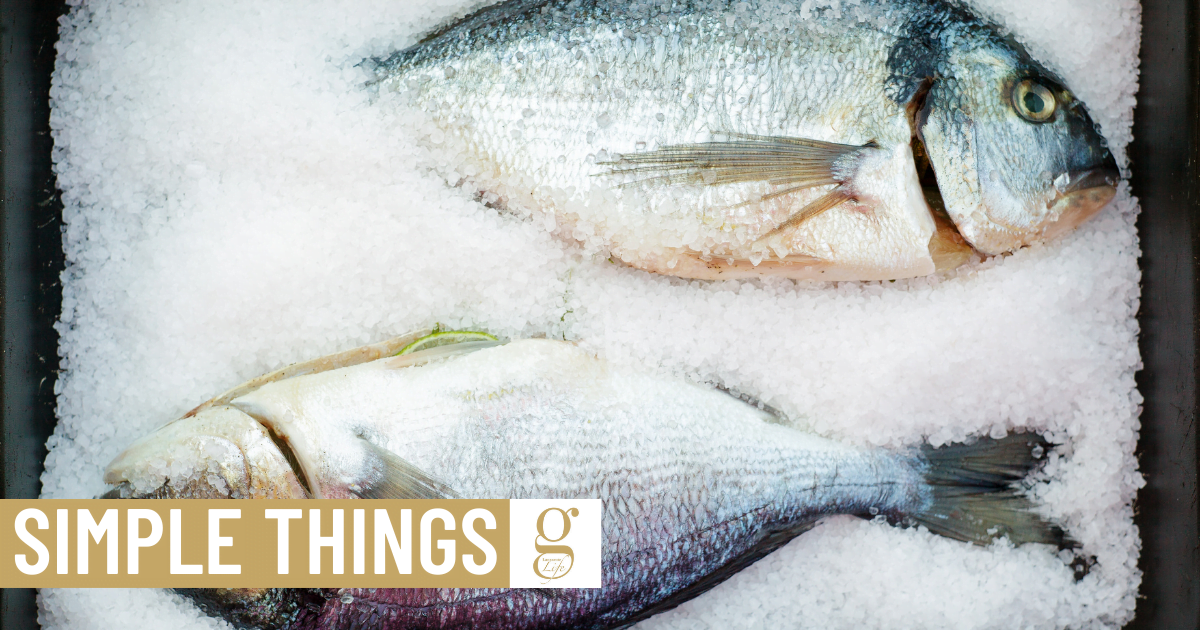 Walk on any of the rocks near the sea and you’ll find dried sea salt, which Lanzarote has been extracting from sea water for centuries. While sea salt is a luxury elsewhere, it is literally cheap as chips here. Salt is used to preserve fish and meat, and adds savour to plenty of tasty Spanish snacks.

Choose a baking tray that is just a little larger than the fish. Cover bottom of tray with a layer of salt 4 cms deep. Place fish on top and cover with rest of salt. Bake at 180 degrees for 1 hour, then remove, allow to cool a little and crack salt crust open with a chef’s knife. Fillets can be removed and plated Serve with accompaniment such as papas arrugadas and mojo sauces.

Lanzarote’s sweet, mild onions are one of its most appreciated products, and they can come in mature varieties, or younger cebolletas, which are rather like a more robust spring onion. Onion is, of course, one of the basic starting elements of the sofrito – the fried mix of onion, pepper, garlic, celery and perhaps leek and carrot that is the starting point for so many Spanish recipes.

We’re used to getting onion rings when we eat out, but it’s a recipe that’s well worth trying at home, too.

Chop the onion into rings about 1 cm thick. Separate the rings.

Fill a pan with oil to about a third. Heat to 180 degrees (test with a breadcrumb – it should bubble and brown). Mix flour and beer and season. Whisk to form a batter. Dip onion rings in batter and fry until golden brown. Put aside on kitchen paper and serve.

Lanzarote’s cheese is about as simple as it gets: goat’s milk is curdled, and the curds are pressed into soft, young cheeses that are hugely popular on the island. This queso fresco has a sweet, mild flavour that’s a perfect accompaniment for ham or sweetmeats such as quince jam.

This salad is summer on a plate and makes the most of Lanzarote’s finest ingredients. Be sure to fetch your best olive oil out for this.

Slice tomatoes and cheese and arrange how you like on a plate. Sprinkle torn basil leaves and finely chopped garlic on top and dress with oil. Season and serve.

The western Canaries are more famous for bananas than Lanzarote, but there’s absolutely no reason to search for bananas from further afield – the Canarian variety are sweeter and more flavoursome than the starchy Caribbean ones we’re used to elsewhere.

A banana is the simplest breakfast there is, but once you start cooking with them you might never stop.

– A handful of walnuts

Heat the grill and peel and slice the bananas lengthwise. Grill, for three minutes with the flat side down. Turn bananas over, add brown sugar and cinnamon and grill for another three minutes. Toast walnuts and sprinkle on top.