When the news came in May that British residents would no longer be able to drive in Spain on a UK-issued licence, Gareth Hull went back to school. 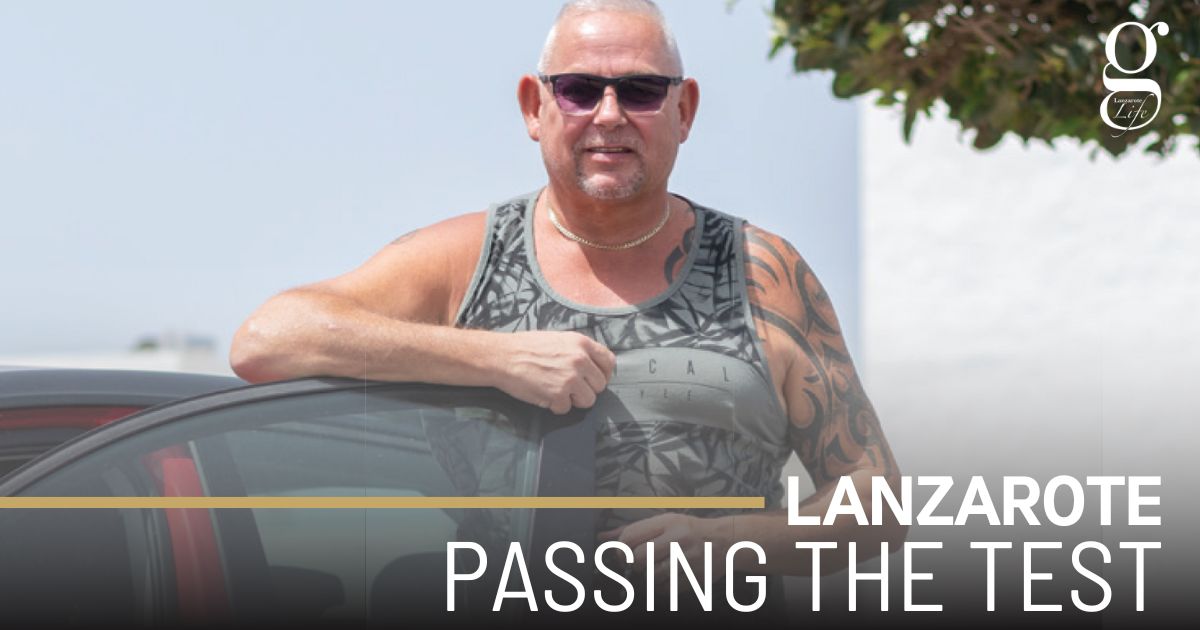 Gareth Hull, a post-Brexit arrival on Lanzarote, knew that the law would have a bad effect on him and his wife. “There’s only one shop and one bar in Güime,” he says. “For ten weeks we relied on friends, but I needed to get back on the road.”

Gareth was one of three British guys who signed up for a special course organised by Lydia Thain consultancies and the Zakarias Driving School, aimed at getting British drivers who’d been affected by the law back on the road.

The first stages involved passing the medical tests and then tackling the most difficult theory test in Europe. This involves getting at least 27 out of 30 random questions right.

Once he was regularly getting pass grades, Gareth attended the test centre in Arrecife, where he passed the test in English with a score of 29/30. Onto the next phase – the practical.

For Gareth, putting an ‘L’ plate on after 42 years of driving with a clean licence in the UK was a “bit of an affront”, but the law is the law and, although an experienced driver, he ended up taking around six lessons with Ángel.

“I’m really glad I did,” he says. “I learnt the ‘Spanish’ way of driving, and a lot of the phrases and words I’d be needing to follow exam instructions.”

The practice stood Gareth in good stead. On the day of his exam, he climbed into the back of a car to watch another candidate take (and fail) her exam. Then it was his turn. He felt good about the test, but Ángel told him to wait in a bar before revealing the result.

“He walked in, pointed to me, told me to stand up and then came and gave me a big hug,” laughs Gareth. “I’d passed with no faults.”

Now legally on the road, Gareth is helping his wife Carol, who is also currently preparing for the theory test.

Gareth says he enjoys driving here in Spain. “The roads are great,” he says. Despite being a retired police officer with 42 years of driving experience, he also says he’s learned from the tests. Here are two of the useful tips he was taught.

Gareth was taught to enter any multi-lane roundabout on the right, outside lane, and to stay there, signalling only before the exit you intend to take.

Cars may use the inside lanes, but any collisions caused by them cutting into the outside lane will be their fault.

Gareth was surprised by the technique for reverse parallel parking – “in the UK hitting the kerb is a fault,” he says. “But it really does work.”. The technique is as follows:

Always remembering to check your mirrors and signal, pull up alongside the vehicle you’ll be parking behind, leaving a two-foot gap between it and your car. Give your steering wheel one full turn and reverse until you can see the kerb in your left-hand rear-view mirror.

Now turn your steering wheel fully to the left and reverse until you’re flush with the kerb.