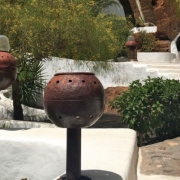 Lanzarote metal workers have changed the face of the island and continue to do so. 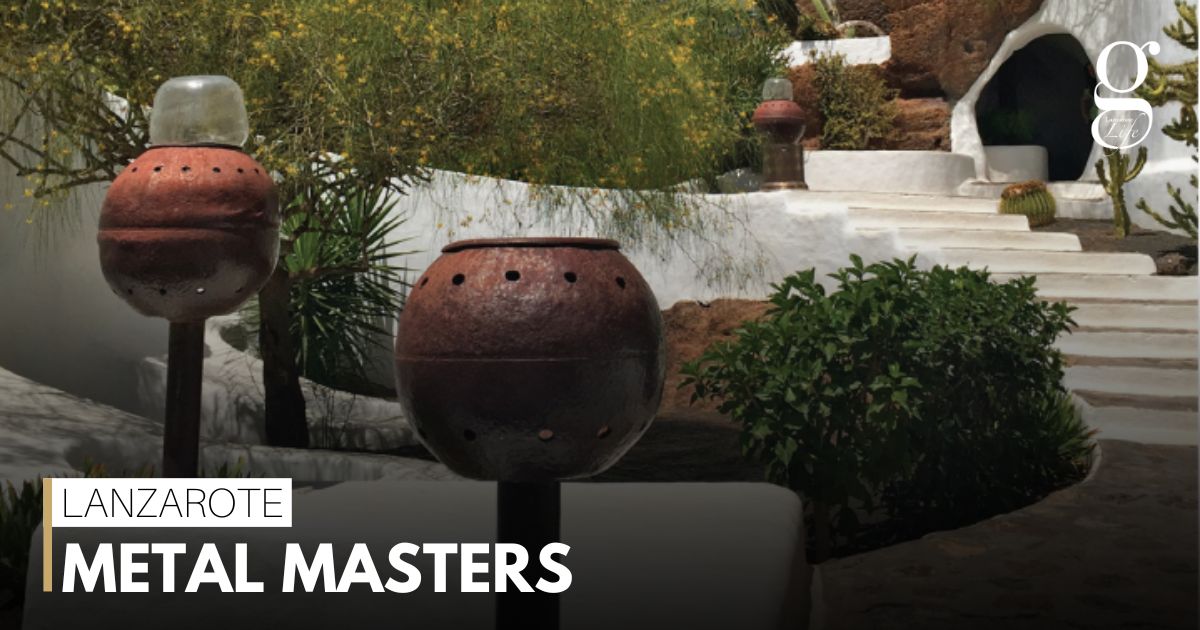 “Anything made of iron went through my hands,” says Santiago Hernández, the master metalworker who worked on the designs of César Manrique. From the wind toys and sculptures of devils and crabs that can be seen on Lanzarote’s roads to the distinctive lampholders and waste bins in the tourist centres, Fernadez’s handiwork is visible everywhere on the island.

The Yaiza lad started work young as an unpaid apprentice in Arrecife. He began as a mechanic and quickly learned the art of soldering, working on boats from mainland Spain. After a brief move to Mauritania, he returned to Lanzarote and soon started work as a master solderer at the Cabildo, where he soon found himself working alongside Manrique.

“Don César was recycling years before the idea existed,” he told El Diario, “We went to the dump, not the suppliers”. The results are the wind toy at Arrieta, which rotates on an axle salvaged from a truck; the amazing ceiling ornament in the Mirador del Río, made entirely of scrap metal, and other ornaments made of fishermen’s floats and automobile parts.

Hernandez’s work is just one of the several examples of fascinating metal work on Lanzarote. In Teguise, or the LagoMar complex, you’ll also see the witty and brilliant sculptures of Mick Gonnel, another artist who has made the most of found objects.

Meanwhile, from the recently opened Mirador de Haría to resorted windmills at Las Salinas de Janubio or Teguise, Lanzarote is still creating incredible structures with metal, glass and other materials.

Metal is a relative newcomer to the Canaries. There is no ore on any of the islands, and, despite the fact that the North Africans who first populated the islands possessed knowledge of metallurgy, the natives lived a stone-age lifestyle until the 15th century.

It arrived with the French and Spanish conquerors of the island, and shipping and commerce soon meant that metal working was widespread on the island.

One of the most treasured products of Canarian metalworkers is the knife that bears the English-derived name naife. This blade, with its decorative handle, is based on similar products from the Spanish town of Toledo and became a vital tool for the island’s banana trade.