This month Lanzarote vet Jane Burke offers a deeply-moving personal recollection of the loss of beloved animal companions, and reflects on how important it is to understand grief. 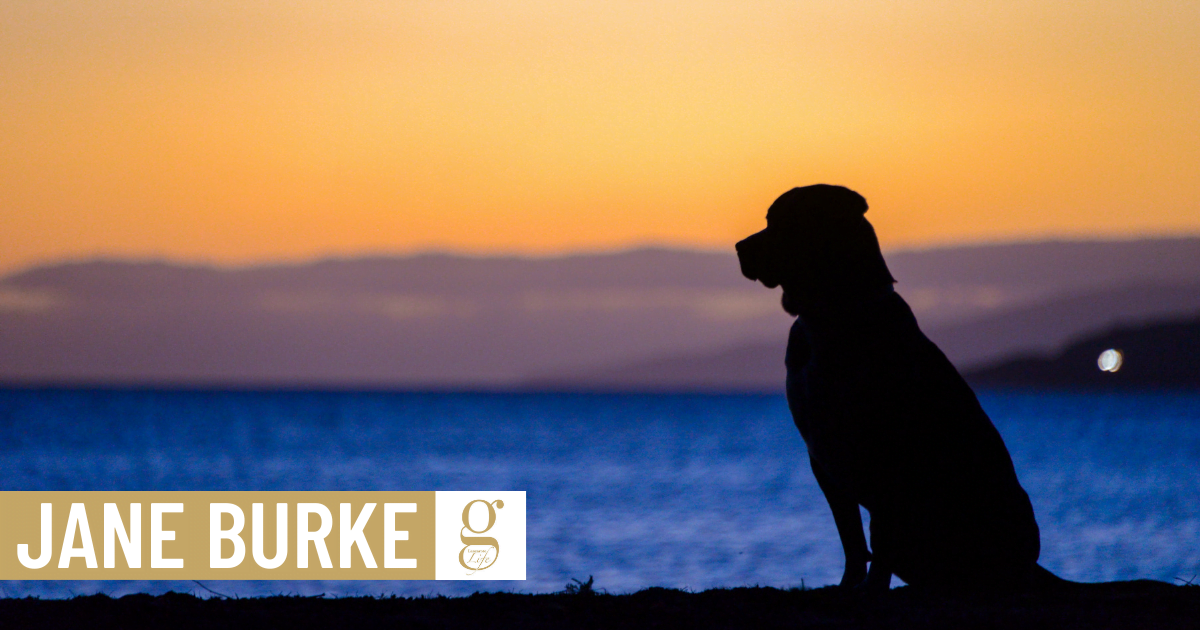 There was plenty of drama both times my terrapin died. My grandmother was house-sitting whilst we holidayed on Prestatyn, and buried my little friend in our absence. As a devout little Christian, I dug it up to offer last prayers and arrange a proper burial. My hot little hands and warm tears revived it from its hibernation and it went on to live another year, although my relationship with my grandmother did not survive.

When the little terrapin did die, I demanded a professional opinion before another burial, so my mother took the decomposing creature and myself to the local vet. This was my first contact with our illustrious profession: a sharp, condescending man who spoke abruptly with my mother, treating her like an imbecile, and who failed to speak to me at all, cruelly throwing the smelly deceased in a bin. I made a horrid scene but, at least, managed to retrieve the corpse and hold the appropriate service in our garden later that day.

The following evening our neighbour came round clutching the local evening paper which reported that the vet had shot himself in the toilets of our local tennis club. Even now, I cannot summon sufficient sympathy with whatever demons were plaguing him.

My mother’s Scotty (Bonnie), died whilst I was still a babe in arms. My first word was BomBom And whilst her passing affected them both dreadfully I apparently showed no signs of missing her and, indeed, I have no memories of her.

However, because of the drama over the terrapin and a beloved budgie that never returned to its cage one night, you can understand why my parents tried to avoid getting a dog. Our neighbours, the Renshaws, had a Scottish terrier which had escaped, presumably because the couple were distracted by Mr Renshaw’s leukaemia diagnosis, and produced five fat mongrel puppies. He made the mistake of showing them to me and, from then on I had to be dragged home several times a day in tears and tantrums.

Though I was not yet five, I can clearly remember their front room, where both he and the puppies lived. I remember being aware that Mr Renshaw was shrinking. He also became less and less communicative with me and finally, in a frail, quiet voice, asked me to choose one of the now six-week-old puppies and sent me home with her. After a lot of screaming and shouting, I dried my eyes, hid my triumph and went to bed ecstatically happy to have a dog of my own. I never saw Mr Renshaw again.

Keltie had a stroke when she was only nine. No one expected her to survive. I prayed night and day and, though she was never the same willing companion, I found I only loved her more now that she tired more easily, limped slightly on her wonky right wrist, and was happier to watch me than run after me.

She died a year later and I had never contemplated such pain. My whole family were lost in their individual despair; my soft-hearted big brother angry with his own distress and aggressively upset with mine; my father and mother suffering for each other, and for us. My brother, five years older, had puberty and pride to contain his pain, but I had nowhere to hide.

I cried all the way to school every morning and all the way home. I cried myself to sleep every night. I fell out with the God I had worshipped; with the few humans I had had friendships with and with all my apparently uncaring family who seemed to be moving on, as if my Keltie had never existed!

When my anger against them and the useless vet ran dry, I turned on myself. I cursed the days we had raced round the streets with her towing me in roller skates, (now clearly responsible for straining her heart); I wept with regret for the days I had failed to clean her bowls and check her water before my mother had needed to remind and scold me; I sobbed for the holidays we enjoyed whilst we had left her. In the arms of grief, guilt is everywhere when the shield of the false flames of anger falter.

Later, in practice, I read studies of grief counselling and pathological grief, learning that grief is a mix of anger and guilt, one or both of which -whilst often fired at a doctor or a partner – is most often hurled at oneself. In pathological grief, pet owners, like human relatives, can suspend grief for one partner, child or pet until the loss of another.

So many of my pensioners who had apparently coped so well with the loss of spousepartner, became inconsolable when the shared pet also died. Worse still, for my elderly clients, a pet was often their only remaining raison d´etre; their only reason to get out of bed, to prepare food, to leave the house, to interact with other people, or to feel needed or loved. At the time, these concerns were widely ignored. This too has, thankfully, changed over the years.

I have two elderly dogs as I write. Two parts of my heart whose physical lights are dimming. All my knowledge and experience will count for absolutely zero when the day arrives, as it will. The merest thought in that direction fills my eyes and tears at the tenderest part of my soul, BUT STILL THEY ARE THE BEST BARGAIN UNDER HEAVEN; their love a simpler, more profound and unshakable gift than any human ever deserved. If there is a God, they are his greatest gift, given to show us what we could strive to be and to comfort us in our failure.

We live in difficult times. Keep your pets’ water bowls clean and full and be especially kind to each other.

Imported cases are not the problem
Scroll to top