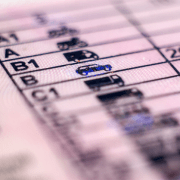 Driving licences that expired during the State of Alarm established by the Spanish government will remain valid until 60 days after it is over, the Traffic Department (DGT) has announced.

Several test centres that conduct the physical tests necessary to renew licences opened their doors again last month to deal with the public. However, the law relating to the State Of Alarm remains in place until its end, and a further 60 days afterwards.

The DGT reminds applicants that it is only the test centres that require attendancethere is no need to physically attend the Traffic Department in Arrecife to renew a
licence – it can be done online at the www.dgt.es website.

Mr Brown and Mr Green
“No new outbreak in Canaries”

ERTEs extended until end of September
Scroll to top