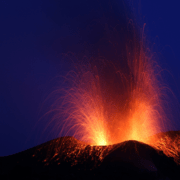 More than one month after the first fissure opened, belching out molten lava, ash and smoke, the volcano on La Palma has continued to erupt, with some of the strongest earthquakes being experienced recently. 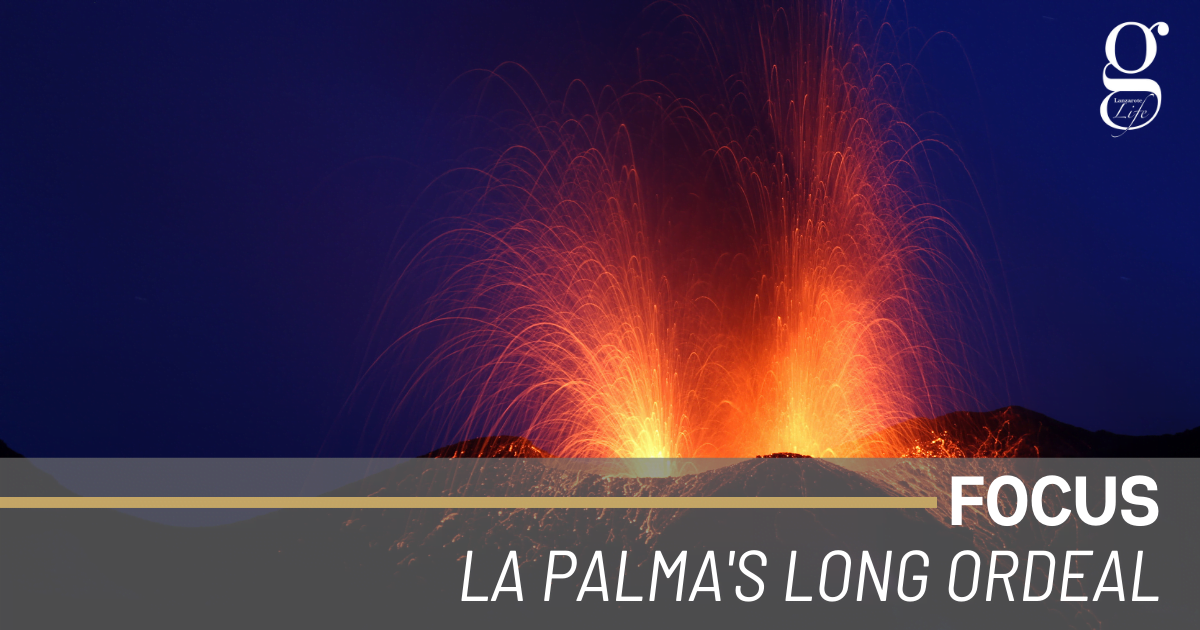 Published on November 1st, in the Gazette Life magazine.

As experts predict that there will be no end to the eruptions in the short or medium[1]term, La Palma started to recuperate some normality as local schools opened again on the 18th October after a month of closure.

However, this day-to-day existence is accompanied by the constant fear that lava flows may change direction or new fissures may open. The effects of the constant roar of the volcano, black ash falling from the skies and several earth tremors are also taking their toll.

The Eruption in numbers

– 886 hectares (2,189 acres) The lava and ash has now covered an area larger than Gibraltar, or 1% of La Palma’s entire area. 36 of those hectares, or an area of 50 football pitches, is new land, formed by lava tumbling into the sea and forming a headland.

– 7,000 people evacuated. 8% of the population of La Palma have had to move out of their homes, either temporarily or permanently

– 600 animals rescued. The animals include cats and dogs, livestock such as goats, pigs and poultry, exotic birds and even a beehive.

– 4.8 magnitude. The strongest earthquake detected on La Palma. This was felt all over the island as well as in Tenerife, although a tremor of this magnitude generally causes little damage.

– 45 million Euros. This is the estimated cost of the damage caused by the eruption to La Palma’s economy. It accounts for a third of the islands gross domestic product.

– 75 million cubic metres. This is the amount of lava that the Spanish Geological institute estimates the volcano had produced after a month. This makes the eruption the third largest in Canarian recorded history, after the Timanfaya eruptions of 1700-1736, and the 2011 underwater eruption near El Hierro.

– 0 deaths or injuries. The prompt response by Canarian emergency services, and the nature of the eruption, has ensured no human casualties.

The La Palma volcano has no name yet. The Canarian Volcano Institute has suggested Tajogaite, a Guanche name meaning “cracked mountain”, while others have supported Echedey – the name of a legendary La Palma warrior, or Tacande, which means “burnt mountain”.

All agree, however, that the choice should be left to the La Palma islanders.