15-year-old Kennedy Denby from Costa Teguise has had an astonishing swimming season, flashing through the water, shattering records and winning gold medals galore as she swims her way into the top rankings in Spain. Her year is one of the most promising sporting stories on Lanzarote, so we thought we’d let her tell it: 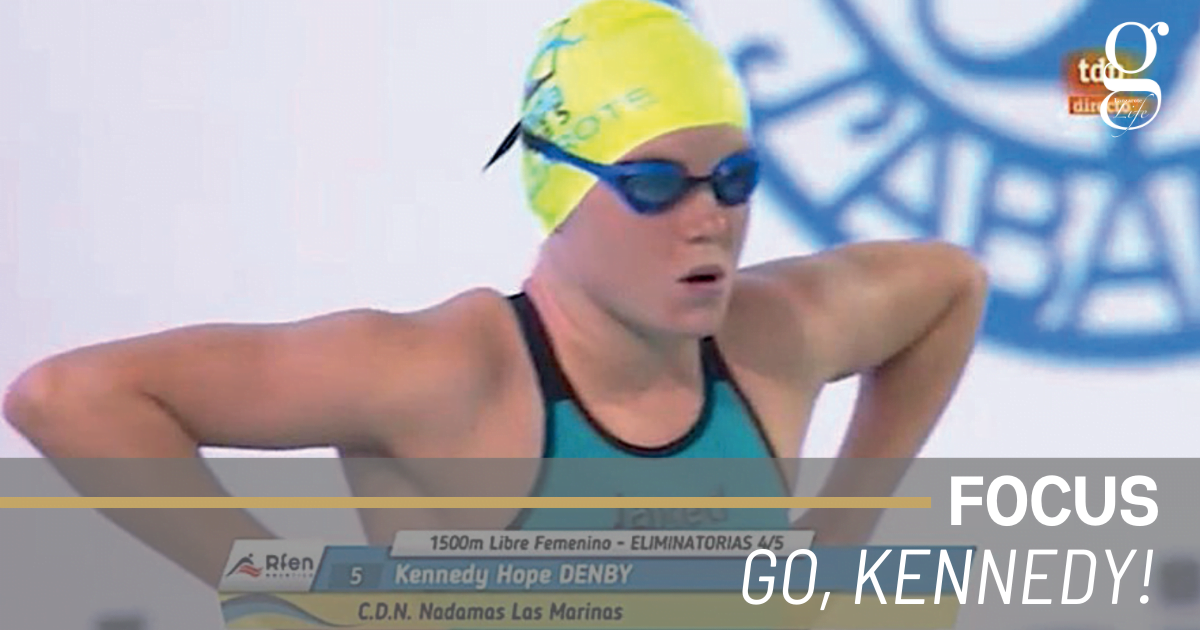 “My first big achievement this season was winning the 1,500 metres freestyle at Sands Beach Active last October. I broke three Canarian records for 15-year-olds in the same swim – the 400 metres, 800 metres and 1500 metres.

In December, I competed in the Long Distance Regional Championship, swimming 3,000 metres in a 25m pool at Las Palmas Swimming Club. This qualified me for the Spanish National Long Distance Championship in Barcelona in January, where I swam 5,000m and finished 8th in Spain.

That same month, at the Canary Island Championship I won four Gold medals for my age group, and four Golds overall, as I was the fastest girl of any age. I also broke the Canarian 1,500 m freestyle record.

I broke that record again in March in the Spanish National Championships, and came top 6 in Spain at four distances.

In June I came 5th out of all ages in the Spanish Open Water Championship. In July I won 5 Golds at my age group and 5 Golds overall, breaking more Canarian records at 400, 800 and 1500 metres.

In August I swam the most important competition of the year, the Junior Spanish National Championship. I came third in the 1500m freestyle, winning Lanzarote’s first national medal. I’ve managed all this without a professional coach, nutritionist.

I left my school in March, as they were not supporting my swimming, and am now enjoying studying at home. I’m also acquiring Spanish nationality, which will qualify me for the national team, and also hope to qualify for elite athlete training programmes.”