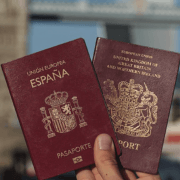 Following Brexit, an increasing number of British citizens have been considering applying for nationality of another EU country, which will guarantee the continuance of rights that may be lost to UK nationals at the end of this year.

The two most popular nationalities are Irish and, of course Spanish. Irish nationality depends on having a parent or grandparent who was born on the island of Ireland (including Northern Ireland) and, as Ireland recognises dual nationality, there will be no problem holding two passports. Go to www.irishimmigration.ie/ citizenship/ for full details.

It’s important to remember that, if you take Spanish nationality, you will be regarded as Spanish for the purposes of taxation, will making and other legal matters. Be certain to consult a professional before taking this step.