Spanish colonial style is easier to adapt to your home than you think. It offers a practical, tried-and-tested, timeless solution to life in a hot climate, and it’s more modern than you think. 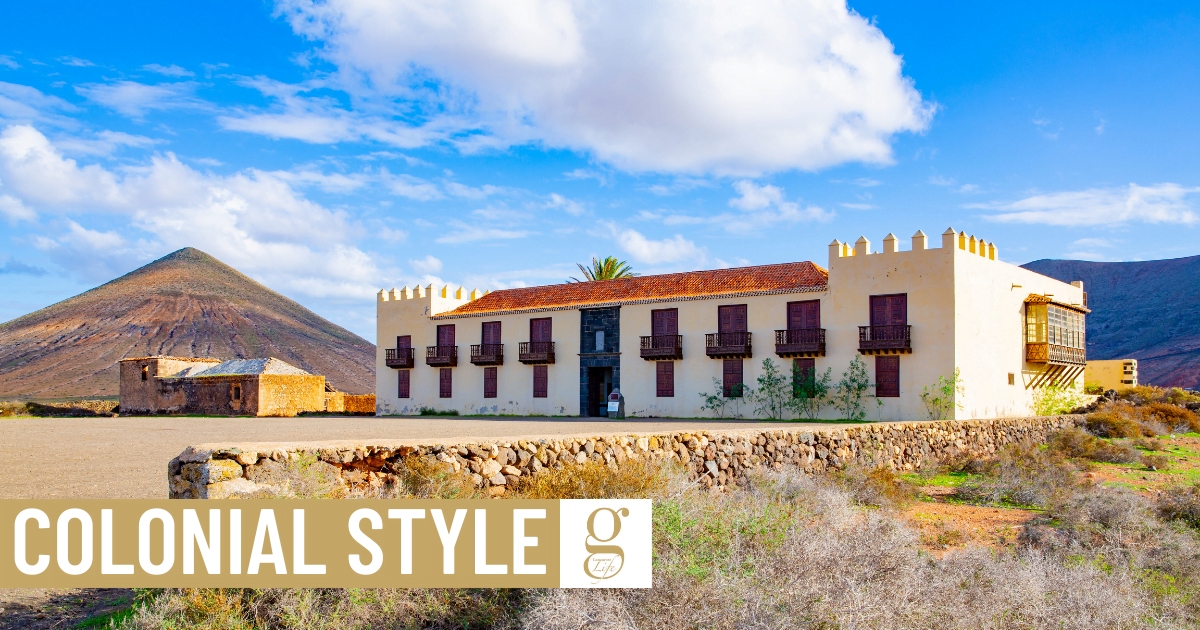 The more you look at architecture and design, the more you realise that the ancient and modern are often much closer than you suspected. It’s not a surprise – fundamentally, our needs for shelter, shade, peace and convenience haven’t changed – it’s just become easier to acquire some of those goals, while others have become more elusive.

Spanish colonial style is a collection of styles covering centuries, and reflects Spanish influence on a global empire that spanned from Miami to the Philippines, from Tenerife to Peru. The basic elements of Spanish colonial style involve elements that were first developed in the hot climate of Andalusia, before being exported to locations as far flung as Argentina, Cuba, California and Manila.

Colonial style begins with town planning – a quick look at Lanzarote will confirm that every town or village is arranged around a central square with a church, with smaller administrative buildings also located in this area.

Colonial houses are built with thick walls, typically white stucco over adobe brick or stone (which helped keep the houses cool in the summer heat and conserve warmth in cooler times). In early homes, windows had no glass – just holes with wood shutters that opened and closed – and the age and/or wealth of a building can be judged by the size of its windows.

Among the main elements of Spanish colonial architecture are the following:

Nowadays, you’re just as likely to see Spanish neocolonial styles which have swept America – an influence which has crossed the Atlantic once more. It’s true that modern building techniques render colonial features such as small windows superfluous, but the practical, sparse minimalism of the colonial style also appeals to modern tastes.

Bare, white walls – often roughly-finished rather than smoothly plastered; visible hardwood beams, practical windows with shutters and balconies that give you complete control over light and ventilation – all these features appeal to us today. And, just as the señores and señoras of the past learnt – if you want colour and movement, grow it in your courtyard or provide it yourself. Nothing sets off an austere Spanish colonial exterior better than a hibiscus flower, or a smattering of vivid purple bougainvillea.

A visit to the Casa de los Coroneles at La Oliva in Fuerteventura is recommended to any student of colonial style. The 18th century fortress was the residence of the Colonels who headed the military missions to the island, and the building is intended to impress.

At each side are turreted battlements. These were useless from a military point of view, but were intended to transmit a message of power. The 16 shuttered windows and eight balconies on the facade are also a message of wealth and power at a time when most people had none.

The terracotta tiled roof of the Casa is also a classic colonial feature, seen all around the world. Inside, you’ll see plain wooden beams clearly visible on the interior structure, with floors and shutters made of Canarian teak imported from Tenerife.