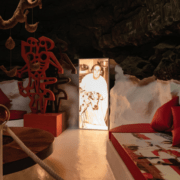 César Manrique’s genius can be seen all over Lanzarote, but you won’t get a full idea of the immense vision and enchanting character of the man himself until you visit the Taro de Tahiche, the astonishing home he built in the bubbles and tunnels of a volcanic lava flow. 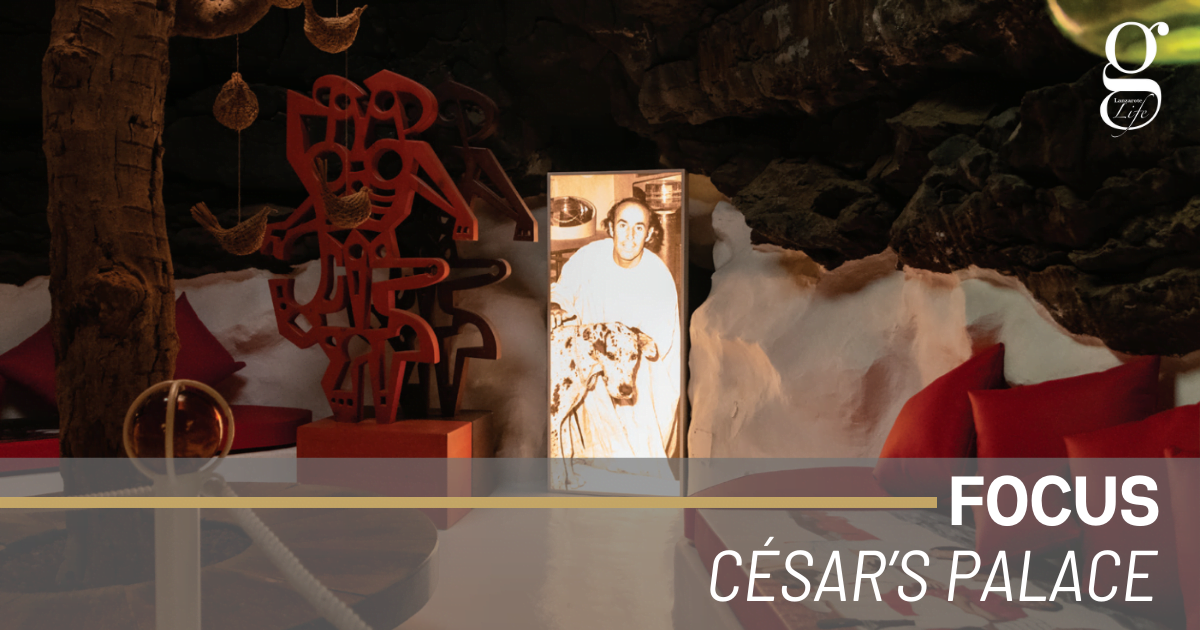 In 1963, César Manrique’s beloved partner, Pepi Gómez, died of cancer, and the artist was devastated. Friends advised a change of scene, and he flew to New York, where he spent two years enjoying the city’s exciting cultural and social scene.

Manrique was 47 when he returned to Lanzarote in 1966. Two years later, he’d built the home that he would live in for the next 20 years – a creation so astonishing, so unique, that it attracted the attention of the world.

It started when he discovered a cave in the huge lava flow that spills down from Timanfaya, passing Tahiche to touch the sea near Arrecife. He climbed down to rest under one of the fig trees that farmers often planted in these hollows and was amazed to discover a series of volcanic bubbles and a tunnel. This, he decided, would become the foundation of his home.

That original cave is now the centrepiece of the main room in which you first enter the building, in a space surrounded by artworks, photos and mementoes of the artist’s life. A spiral staircase that leads to the underground level is now out of use, but visitors can instead enjoy the spectacular view of the pool and garden below as they descend outdoors.

The first stop is the White Bubble, which celebrates Manrique’s love of parties with several photos of the artist relaxing, laughing and holding court in his amazing headquarters. It’s clear that the man had a huge appetite for life, and several articles from magazines of the time make the most of the space-age setting and the relaxed atmosphere where nudity and hedonism seemed to be everywhere.

The homosexuality that he had embraced in New York only added to his scandalous image in Franco’s Spain. However, Manrique was a health fanatic, a non-smoker and non-drinker who never stopped working, and despite his many friends, his most constant companions were his dogs.

A small tunnel leads to the Red Bubble – the cave that first inspired Manrique, where the original fig tree, now long dead, still stands. The swimming pool area is where Manrique first developed the artistic ideas that he realised on a much larger scale at the Jameos del Agua. The delicious turquoise pool is highlighted with brilliant white, surrounded by black lava walls and tumbling greenery. There’s even a small dancefloor.

Passing through the Black and Yellow Bubbles, you eventually go back upstairs reaching the room where Manrique built a window over a tongue of lava, which enters the room beneath a beautiful view of the volcanic landscape beyond, where solitary palms nod in the breeze.

In this room you can see films about the life of the man, and they’re worth watching. In some films, he’s the perfect, playful host of a TV panel show. In others, a passionately serious campaigner against the destruction of Lanzarote by speculators. Manrique believed that “without ethics there are no aesthetics”, and he lived by that motto.

There is so much more to see here, that a visit of a few hours is recommended. In 1988, Manrique moved to a rambling, traditional home in Haría, converting his Taro into a tourist attraction and the HQ of the César Manrique Foundation, which continues to fight for his beliefs and vision. It is perhaps Manrique’s most important legacy on the island he transformed.

The Foundation at Tahiche contains several surprises, not least the revelation that Manrique was a big fan of soul music.

A selection of original albums by James Brown, Sam & Dave and Edwin Starr that he brought back from New York are on display, and an entry in his diary for the June 20th, 1966 says “In the afternoon we went to get tickets for Sam & Dave at the Apollo (Harlem’s legendary Apollo Theater). The show, as always, was amazing. After hearing black jazz bands and singers you can’t listen to anything else. The power and rhythm penetrates to the very deepest parts.”

Mr Brown and Mr Green
A calm head in a crisis

The Devil of Timanfaya: Legend or Lie?
Scroll to top