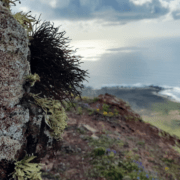 Lichens are the oldest living things on Lanzarote, the first vegetation that appeared on volcanic rocks after they erupted from the sea. They may not do much, but they have changed the history of Lanzarote and the Canaries forever. 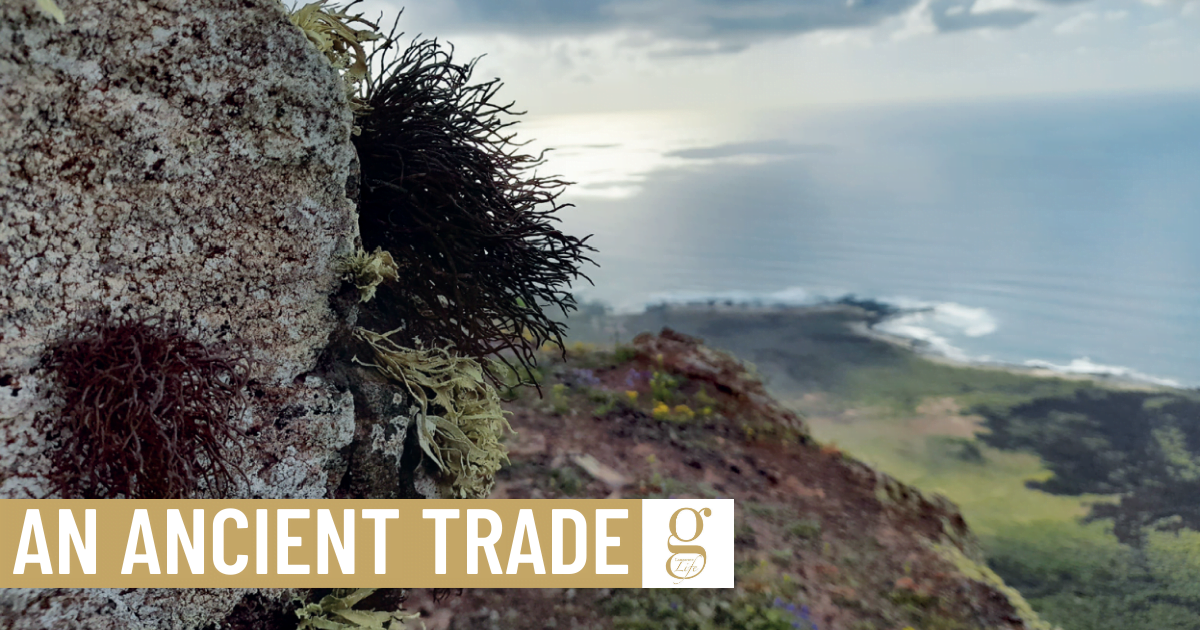 Orchilla is a lichen from the genus Rosella which, when boiled, gives a reddish dye which was hugely in demand in the ancient world. The Phoenicians and Romans are believed to have come to the islands to seek it, and the island’s aboriginal inhabitants soon began to collect it themselves, trading it to passing merchants.

This gave French voyager Jean de Bethencourt the idea of cornering the market in the product by conquering the islands, which he did with Spanish backing in the year 1412. De Bethencourt owned a number of dyeing factories in France, and one of his first acts on seizing the islands was to prohibit trade in orchilla without his consent.

In 1475, orchilla gatherers rebelled against the Lords of the island, tired of the brutal labour, poor conditions and taxes they were expected to pay. “They take our orchilla… which we have always relied on to maintain and provide for our ourselves, our wives and our children. And now the so-called Lords take it for themselves.” The ringleaders were hung and their bodies were cast into a ravine near Teguise that still bears the name Barranco de la Horca (Valley of the Gallows).

The orchilla trade continued, and was a notoriously tough, low-paid and dangerous job. These lichens take several decades to grow to full size, which forced the collectors into seeking them on cliff faces and other inaccessible locations. The geologist Hernández Pacheco describes the orchilla gatherers “like spiders hanging from a thread”, as they descended the Famara cliffs on ropes to reach the lichens.

Many gatherers were women, and the records of one village in Gran Canaria show that more than 30 women between the ages of 7 and 66 died of cliff falls during the 19th century.

Nowadays, chemical dyes mean that no one has placed any value on orchilla for more than a century. It continues to grow, ungathered, in shaggy clumps on the Famara cliffs.

Zara in Arrecife to close
Scroll to top