The Canary Islands lie between three continents that have shaped their cuisine. African goats have provided milk and meat since prehistory, wile the discovery of the New World brought potatoes, tomatoes, peppers, tobacco and much more. Meanwhile, European cooking techniques and styles have always dominated. 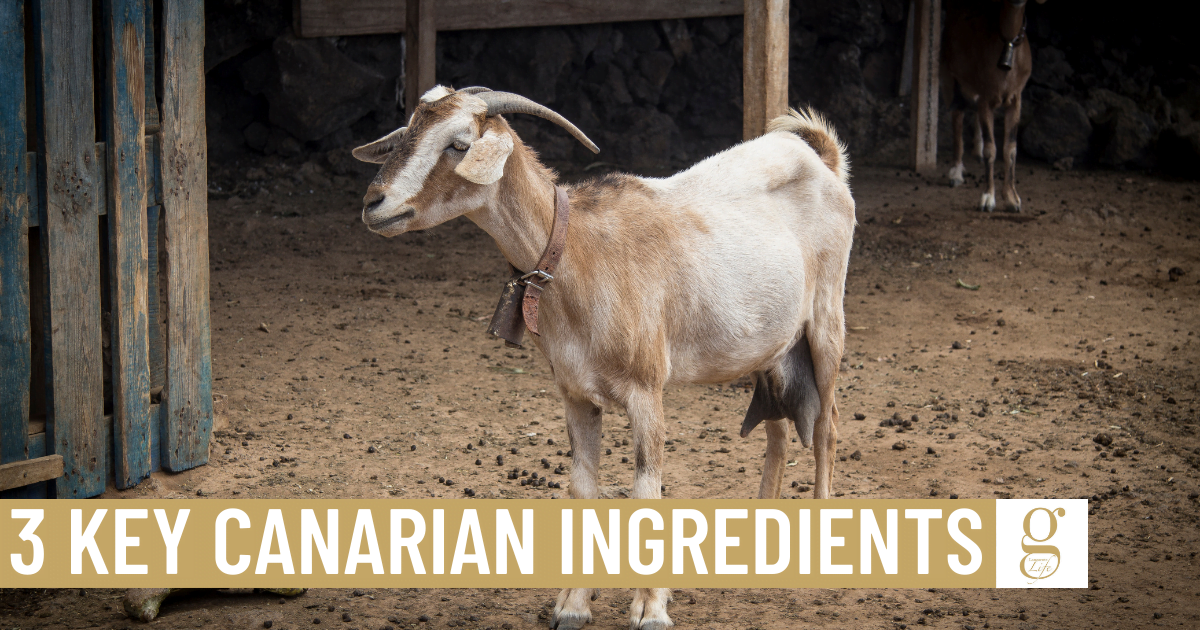 Nowadays these islands have welcomes people from over 200 nations, many of whom have arrived for good. They have brought their own products and dishes to these unique islands, and much more arrives every week on cargo ships.

Nevertheless, these are still some local ingredients that you could travel the world for a lifetime and never find an improvement on. Here are just three of them.

Sweet potatoes were one of the most important ingredients brought back from the New World, and Lanzarote has treasured them ever since. With two main varieties – one with red skin and yellow flesh, and one with yellow skin and deep orange flesh, they are both essential to several Canarian dishes, such as pucheros or sancochos.

You won’t find a better tomato than a ripe, tangy Canarian tomato whose flavour has been intensified by hot sunshine.

Tomatoes are another ingredient that Lanzarote and the Canaries have seized upon. However, while they form the basis of countless sauces in Spain, Italy and France, here they seem to valued mostly when raw.

A drizzle of good olive oil and a few flakes of salt, and you have something that is impossible to improve.

From sweet, mild fresh cheeses to deeply-complex mature cheeses, Canarian goats cheese is regularly voted the best in the world.

Canarian goats roam wild, grazing in specially grown alfalfa meadows or foraging on mountainsides. The result is a creamy, easily-digested milk that is a staple ingredients on the islands. At a day or two old it’s called queso fresco (fresh cheese). Later it’s semi-curado or curado (semi-mature or mature). If your view of goat’s cheese has been shaped by pongy French cheeses, prepare to be surprised.