The Festival de Artes Escénicas (Festival of Performing Arts) is a brand new initiative that has been launched by Lanzarote’s Centres of Art, Culture and Tourism (CACT). The Festival will bring amazing performers to the most beautiful venues on the island from October until March.

The year of César Manrique’s centenary offers the perfect opportunity to launch a festival of performing arts. Manrique himself was a multi-talented artist who worked in all sorts of areas, and a man who loved music and carnival. His unforgettable creations, such as Jameos del Agua and Cuevas de los Verdes, were deliberately created as stages to host all types of artistic events.

The Festival also appeals to the growth in cultural tourism, as an increasing amount of travellers plan their journeys to tie in with the artistic and cultural events on offer. Thousands already flock to Lanzarote for sporting events, and other cultural elements such as food and drink and the local fiestas and carnivals are also an increasingly important draw for adventurous tourists who value quality of life.

The Festival de Artes Escénicas will get off to the best possible start on October 5th and 6th with the visit of the British Gandini Juggling Company to the Jameos del Agua. Their show “Smashed” combines humour, spectacle and astonishing skill and has received rave reviews in over 50 countries.

In November, Lanzarote tenor Pancho Corujo will star in an ambitious adaptation which blends the operas Faust and Mephistopheles, setting them in the appropriate underground location of Cueva de los Verdes.

In January, the Onírica Mecánica company will bring their multidisciplinary version of Alice in Wonderland to Jameos del Agua, and February sees the Hagiografía caberet duo perform at the Castillo de San José (MIAC) in Arrecife.

The festival comes to an end in March with the masked mime of the Marie de Jongh company at the Jameos del Agua. We’ll be bringing you reminders of the performances over the next seven months – but you’re advised to get your pencil and diary out early…

Click the video below, to see the trailer for Festival de Artes Escénicas. 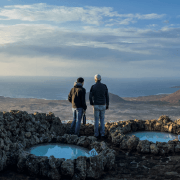 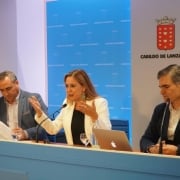 Popular
Recent
The Mountain is her Throne

Face to Face: Mayor of Tias
Scroll to top