Helen Lindes arrived on Lanzarote at the age of five, the daughter of a Spanish father and a British mother. In the year 2000, she won the Miss Spain contest, and her striking green eyes and demure beauty quickly made her into one of the country’s most in-demand models. 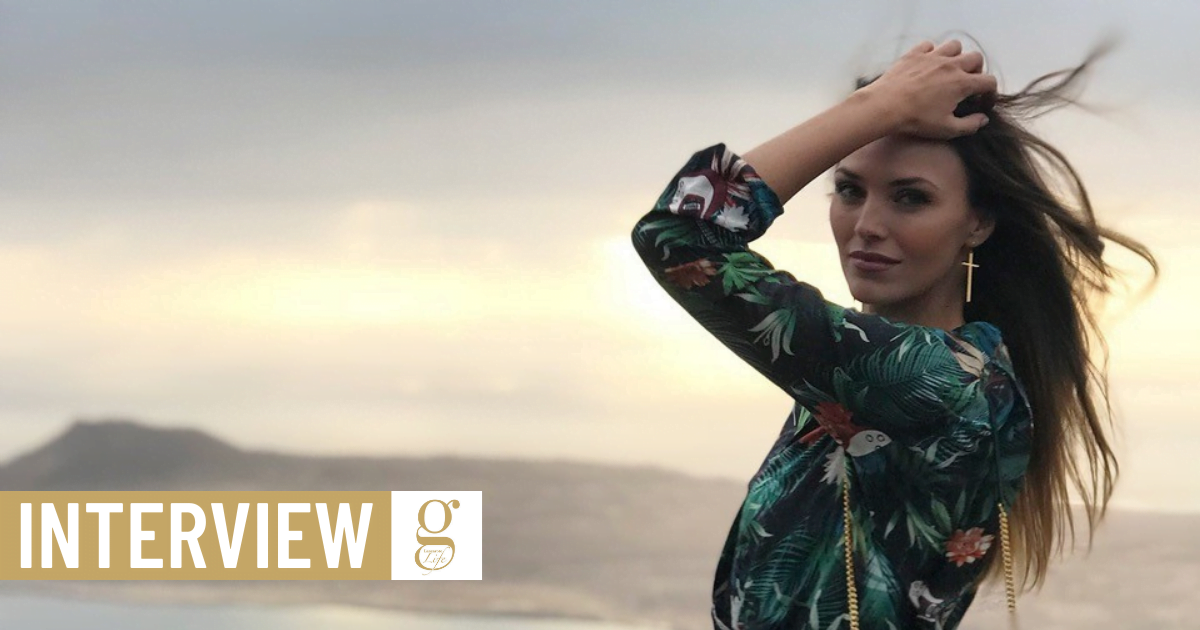 A familiar face in Spain’s celebrity magazines for years, Helen adapted to social media quickly and is now one of the country’s leading influencers, with popular accounts on Instagram, Twitter and Facebook. Helen married Spanish basketball star Rudy Fernández in 2015, and the couple now live near Madrid with their two young children. Helen often returns to the island she grew up on, though, and is always given a warm welcome. We spoke to her last month.

Were you happy growing up on Lanzarote, Helen?

My childhood and adolescence were very happy times. I loved living in different parts of the island and making new friends. I grew up in very safe surroundings, in a place where you can spend the whole day playing in the street, in the open air in a lovely climate.

Where did you go to school?

You’ve been part of the world of modelling and fashion since you were very young. What tips would you give to girls who want to follow in your footsteps?

I would tell them to be persistent and never stop chasing your dreams. It’s a very difficult world to enter but once you achieve it, the secret to staying at the top is by being responsible and taking good care of yourself. Many young girls think it’s an easy profession, full of glamour, but what they don’t understand is all the work behind every photo, every catwalk show. You’ll spend many long hours at castings, travelling and doing various jobs.

Is there a place on Lanzarote that you always return to when you come back? A place with special memories for you?

There was a time during my teenage years when I spent a lot of time at Famara. I have very fond memories of that part of my life, and I love the cliffs there. But, generally, there are many places that are important to me and that I love to visit when I come here: El Golfo, Teguise, Arrieta, Playa Blanca and my mother’s home in Playa Honda are the places I go to most.

When you were a little girl, what did you want to be when you grew up?

I was very clear about it– I wanted to be a vet. I grew up surrounded by animals, and in our house in Tabayesco I had two horses that I cared for personally. Every day I woke up early to feed them, groom them and ride them. I also had loads of pets – cats, hamsters, birds, turtles and rabbits – all my life I’ve been happy living around animals.

Your life became a whirlwind when you won the Miss Spain contest in 2000. What are your strongest memories of that time?

Every day was a new adventure. I had to do interviews every day, on TV, on radio, for newspapers and magazines; I ended up in the most important catwalk shows in Spain for the first time; I recorded lots of adverts and I made a TV series. There’s no single moment that stands out – it was a year when amazing things never stopped happening.

You’re the daughter of an Andalusian father and a “Welsh rose” mother. What advantages has this combination given you?

The best thing is growing up bilingual, which has helped me so much when it comes to working and travelling. It’s also a huge gift to be able to understand both cultures within myself, and I love the feeling of being part of both nationalities.

Now you’re the mother of two beautiful children. Have they inherited the famous green eyes? Has motherhood changed your attitude to life?

My older son, Alan, has got the red hair and blue eyes of the Welsh side of my family and my little daughter Aura looks more like me, with chestnut hair and green eyes. Both have changed my life in a way I can only describe as exponential. At first I felt a bit of vertigo, but now I’m really enjoying being a mother.

Do you have any new projects you want to tell us about?

I’ve got a few, but the only one I’m able to mention is the renewal of my contact as ambassador for Rowenta. I’ve been the face of the firm for three years and I’m hugely flattered that they place their trust in me year after year. Now I’m not only the image of the firm in Spain, but also internationally.

When I first started modelling at the age of 15, who could have told me that I’d be working as much or even more at 39 years of age? I feel very lucky

Thanks, Helen, and all the best!

“This is how it needs to be done”
Scroll to top